Inclusionary Housing: A Good Tool but Let’s Wield It Carefully 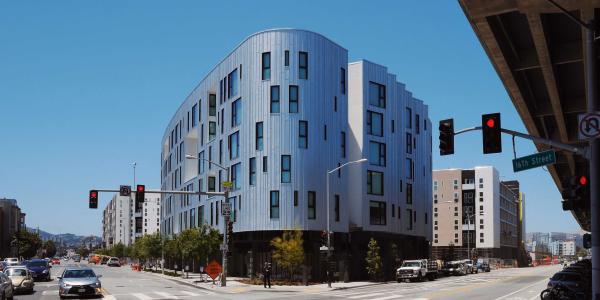 How much affordable housing should San Francisco require market-rate developers to build? The ongoing debate over this question may soon be resolved … at least for a little while. For the past several months, San Francisco city staff and consultants have been studying the feasibility of increasing the city’s existing requirements. This week the Controller’s Office released the latest study results, setting the stage for upcoming public hearings on legislation that will finalize new requirements. The question city decisionmakers will face next is whether to stand by recommendations grounded in technical analysis or yield to political pressures to approve a higher requirement that sounds good but could backfire.

Last June, San Francisco voters approved Proposition C, a measure that temporarily required market-rate developers to more than double the amount of affordable housing they include in their projects, from 12 percent of the total number of units to 25 percent. Prop. C also required the Controller’s Office to study what the permanent requirement should be under the oversight of a technical advisory committee.

The study contains several findings and a few recommendations, including:

The majority of the committee voted in favor of each of the recommendations, but it’s clear that there will still be dueling legislative proposals at the Board of Supervisors.

The recommended annual 0.5 percent increase for 15 years is likely to result in an ultimate inclusionary requirement around 25 percent. While the certainty of the requirement stepping up regularly over time is good policy, time will tell whether that annual increase will eventually prove to be too much for housing development to bear.

2. Set the inclusionary requirements at the lower end of the recommended ranges. We think there is significant downside risk that if the requirements are set at the higher end, they could actually cause less housing to be built. We’re concerned that the study’s cost assumptions were low and paint an overly rosy picture of the impact that higher requirements could have on the financial feasibility of new construction. Building costs have risen beyond the levels assumed in the study, plus the study uses brokers’ estimates for the annual cost of operating a building, which are likely to be lower than the actual cost. Add the cost of the proposed requirements to the real costs of building and operating housing, and San Francisco could end up with a situation where market-rate housing no longer pays for itself and developers start to look to other, less-costly cities. In fact, the study’s housing simulation model shows that San Francisco’s production of market rate-housing is projected to decrease and average rents are expected to increase with any increase to the affordable housing requirement.

The housing simulation model shows why it’s so important to get the requirement levels right. As with all fees and exactions related to new development, if the city sets the affordability requirement too high, it increases the minimum price at which building is feasible. Once projected costs outpace projected revenues, the production of new housing stops — the opposite of what San Francisco and our region desperately need. We have already seen a significant drop in permit applications since Prop. C was approved.

In theory, higher fees should reduce land prices, because all developers would have less money to offer when they compete for sites. In practice, many landowners have other options for their land, such as leaving the existing use (parking, a gas station) in place or choosing commercial development rather than residential. And that means we may see fewer properties getting developed with housing.

Inclusionary housing is an important tool in the tool chest for maintaining economic diversity in cities, and there are many reasons why it should be broadly implemented. It’s smart to connect affordability to new market-rate housing in order to show the benefits of growth to those who might not otherwise support new housing. Inclusionary fees help fill the subsidy gap for 100 percent affordable projects in the city’s development pipeline. Inclusionary housing also has the potential to help create moderate-income housing without the direct expenditure of precious subsidy dollars.

That said, San Francisco has spent an inordinate amount of time fighting over a tool that has produced approximately 3,000 completed units since the policy was first adopted in 1992. Compare that to the households helped by the 17,000-plus units of affordable housing in the city’s portfolio, largely produced or acquired by nonprofit housing organizations and funded by the city’s broader tax base. Or the 172,000-odd households in rent-controlled units.

For all sorts of reasons — equity, the environment, the economy — San Francisco must figure out how to accommodate more housing of all kinds. We believe the best outcome would be a rational inclusionary housing policy that builds on the results of the controller’s study — along with greater collaboration across the political spectrum to increase local, state and regional funding for more low-income housing. San Francisco’s inclusionary policies and regulations should enable, rather than discourage, the creation of more housing at all levels of affordability.