Yes in My Backyard: More In-Law Units in San Jose 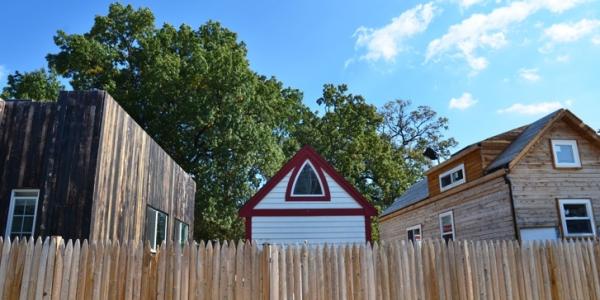 In-law housing units hit it big in 2016. The White House recently named them as a potential solution to the urban housing shortage. Three bills that would make them easier to create passed the California legislature and are awaiting the governor’s signature. The San Francisco Planning Department even made a video. Once illegal in many cities, this simple way to add more housing — create an additional unit in the backyard, basement, attic or garage — has become a welcome tool in the fight to make urban housing affordable.

After several years of banning in-law units, San Jose initiated a pilot secondary unit ordinance in 2005. Eighty-three applications, 61 permits and 19 completed units later, the city made the program permanent in 2008. Still, fewer than 200 legal in-law units had been completed in the 10-plus years since the creation of the pilot program, so the city set out to make the program more effective at creating new units and adding incremental density.

With the help of city staff and supportive councilmembers, San Jose approved a series of tweaks that slightly loosen up the ordinance across the board:

And so forth. The changes consistently increase the likelihood that individual project proposals can meet city requirements, but we think it could go further.

SPUR and our friends at SV@Home advocated for eliminating or further loosening many of these requirements if we really want to see more of these units built. What are the major barriers that homeowners face, and how can we break them down?

Development and design standards are too restrictive. We suggest eliminating restrictions on minimum lot size, allowable floor area, number of bedrooms, bathrooms and storage space, and rear yard coverage. Focus instead on the things that guide building design and size, such as setbacks, open space requirements and overall lot coverage maximums.

Parking requirements are still excessive. We suggest further reducing parking requirements for in-law units, including eliminating the proposed minimum transit frequency required (every 15 minutes) in order for units to provide no new parking. The transit frequency requirement is too specific and does not conform to the new state law. Smaller households have been shown to own fewer cars than typical suburban households, and housing for people should be prioritized over housing for cars.

Education, outreach and the approvals process matter. Homeowners need to know that this possibility exists. It would be worthwhile for San Jose to create an education and outreach campaign to property owners that makes a case for investing in in-law units. San Jose already has a ministerial process for approving in-law units, but it’s important to review it to ensure that it’s affordable, accessible and easy to follow. At the council meeting, the city council voted to encourage a public information effort.

It’s the Right Time to Be Bold

Given the region’s housing shortage and San Jose’s vision to become a denser, more urban place, the city should be clearing the way for more in-law units. San Jose has many single-family residential neighborhoods that may resist a proposal that seems to invite change. But the magic of in-law units is that neighborhoods can accommodate new residents with very little impact.

The need is great, and it’s clear that the existing ordinance has not had much of an impact — on the housing shortage or existing single-family neighborhoods. Thanks to city staff, the planning commission and the city council, the new ordinance takes steps in the right direction, but we think it doesn’t go far enough. Cities around the region need to make in-law unit construction radically easier for property owners to implement. We applaud the current effort and suggest that San Jose carefully track property owner interest, applications and building permits to assess impediments that could be addressed in future code updates.

Like all housing ideas, in-law units are no silver bullet, but this is one way that San Jose can do more to encourage new housing opportunities without substantial public investment.