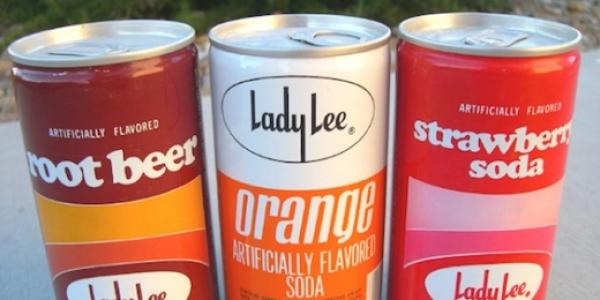 Last November, the City of Berkeley made the news — and history — by becoming the first U.S city to pass a sugar-sweetened beverage tax, often called a soda tax. Measure D was a significant victory for supporters, because it passed with 76 percent of the vote despite the $2.5 million campaign against the proposal by the American Beverage Association.

Now that the one-penny-per-ounce tax has been in place since March, researchers are beginning to assess its impact by looking at whether prices have risen and soda consumption declined. Economists John Cawley of Cornell and David Frisvold of the University of Iowa compared prices before and after the tax took effect across retail locations in Berkeley, and from a sample location in San Francisco to control for regional price changes over time. The team found that on average, prices have risen less than half the amount expected; in the case of Coke and Pepsi products, for example, only 22 percent of the tax was passed on to consumers. A team from UC Berkeley School of Public Health, led by Jennifer Falbe, also examined pre- and post-tax prices across beverage category, brand, size and retailer type. Their study, published in November’s issue of the American Journal of Public Health, shows that for smaller beverages, prices increased 0.69 cent per ounce for soda, 0.47 for fruit-flavored beverages and 0.47 for sugar-sweetened beverages overall. In effect, a 20-ounce Sprite became about 16 cents more expensive with the tax. The UC Berkeley research team hypothesizes that the larger change in price they observed might be in part because they distinguished between retail types. Prices changed little at chain drug stores but more at supermarkets, for example.

Meanwhile, a research team from UNC Chapel Hill led by Shu Wen Ng is halfway through its own analysis and has some insights into the tax’s seemingly lower-than-expected effect on prices thus far. Distributors have the option to absorb the extra cost themselves and may be doing so to prevent their retailers from switching to others. And retailers may not be passing the tax on to consumers out of fear that many will simply choose to buy in neighboring cities. Indeed, Berkeley is a small jurisdiction, and it is relatively easy for consumers to cross into Oakland, Emeryville or other nearby cities to do their shopping.

Given this, we should be cautious about extrapolating the results in Berkeley so far to a national context. Mexico, meanwhile, provides a case study of a sugar-sweetened beverage tax at a national scale that could have significant lessons for the U.S. Ng’s team previously studied the effects of Mexico’s national one-peso-per-liter soda tax, which went into effect in January 2014. The preliminary results were released in June.  The team’s data show that over the course of the year, soda sales dropped by an average of 6 percent, and by December 2014 the decreased had intensified to 12 percent.

Clearly, we need more time to study the effect of Berkeley’s tax on sugar-sweetened beverage sales and purchasing patterns. One thing we do know, however, is that the tax has brought in $375,000 in the first quarter, and city officials estimate it will generate $1.2 million this year. In June, the city council voted to commit $500,000 of this to a reserve fund, with $250,000 allocated to the Berkeley Unified School District Cooking and Gardening Program, which promotes sustainable nutrition and local produce. In October the Sugar Sweetened Beverage Panel of Experts recommended that $200,000 be allocated to the Public Health Department for communication and education grant programs.

Berkeley’s tax has generated a modest raise in prices and revenue for public health-related programs, but we’ll need more time and more data to assess how well the tax is working to reduce consumption of sugary beverages. And ultimately we’ll need a greater geographic scope to really change consumption and affect public health over the long term. We look forward to continued study of the tax and to seeing how it informs future taxes throughout the region and the country.