What San Francisco Needs to Do About Housing Affordability 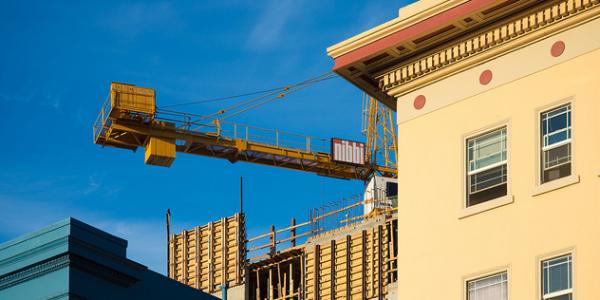 After years of litigation over the 2009 Housing Element, last week the San Francisco Planning Commission adopted the 2014 Housing Element with relatively little fuss, sending it on to the Board of Supervisors. SPUR supports the housing element, which will allow many of the Mayor’s Housing Work Group’s policy initiatives to move forward. However, we believe the city needs to do much more to address the current housing deficit. At a time when San Francisco is experiencing growth in jobs and residents — which brings both great opportunity and intense pressure on existing housing and transportation infrastructure — the city is not planning, approving and building enough housing. We have five suggestions for how to get things moving:

1. Restart neighborhood planning.
From 2005 to 2013, San Francisco completed an impressive set of 11 neighborhood plans, which are currently producing the vast majority of the housing now underway. And yet there is only one plan currently in process, the Central SoMa plan. We believe it’s time for the planning department to begin planning again. The city should undertake new neighborhood plans in order to expand the long-term capacity of the city.

2. Make it easy for home-owners to add secondary units.
Secondary units (a.k.a. “in-law units” or “accessory dwelling units”) are one of the few ways to add homes in parts of the city where preserving neighborhood character is paramount. Supervisor Scott Wiener is doing an excellent job moving this forward, and the planning department also has some exciting efforts underway. San Francisco should continue to grow this effort.

3. Launch experiments to produce middle-income housing.
The high cost of construction in San Francisco means the housing industry has not been able to build enough units for people in the middle. Between 2007 and 2014, San Francisco produced only 16 percent of the units it was expected to need for moderate-income households. Government subsidies make it possible to build affordable housing for low-income households, but to address the needs of the middle will require creativity. We need to focus on experiments that would produce more housing for the middle, like student housing, converting underutilized hotels to housing and removing the cap on micro-units.

4. Reject the misguided idea of metering housing.
In January Supervisor Jane Kim introduced legislation specified in last year’s Prop. K that will track the numbers of affordable and market-rate units being built across the city. While collecting data is key to understanding a problem and its possible solutions, SPUR continues to believe that setting our sights on “housing balance” (a.k.a. “metering,” or requiring a certain ratio of affordable to market-rate units) will nearly always mean limiting market-rate development rather than growing the affordable stock, due to the limited resources for affordable housing. Unfortunately, this will decrease, rather than increase, overall housing affordability. As Harvard economist and urbanist Ed Glaeser recently remarked, “Every time you say no to a new development, you are saying no to new families who want to live in the city. You are making sure that housing is more expensive for everyone else.”

We see this playing out in the Central SoMa plan. Central SoMa benefits from having an extraordinary source of subsidy available because that area is able to use office development to cross-subsidize housing. However, the only way to make 33 percent of all units affordable (as Prop K targets) is by having a small total number of housing units. This is not a precedent the city should be replicating.

5. Fix the process.
Finally, one of the causes of our high housing costs is the fact that it is so expensive and risky to get approval to build new housing. San Francisco is one of the only major cities in America to not have any as-of-right zoning, so every proposal can be appealed or rejected, even when it conforms to the zoning. Fixing this should be a major focus of city housing policy.

Some argue that supply and demand don’t apply in San Francisco. It’s true that adding a few hundred units here and a few hundred units there is not going to affect the average rent citywide. That’s because the city’s housing supply is already so far behind. Limiting new market-rate housing opportunities only increases pressure on the housing that already exists. Those with more resources are all the more likely to displace those with less. Building more homes for those who want to move here will help relieve the pressure on a heated real estate market like this one.

San Francisco is undergoing a frightening amount of change right now, and for those of us who love it, it’s right to want to protect what makes it special. But it’s also right to continue the city's history of welcoming people who want to be here — and to identify real opportunities to improve what the city has with the new resources at its disposal.

Read SPUR’s letter in support of the 2014 Housing Element >>