Cap and Trade Is Here at Last 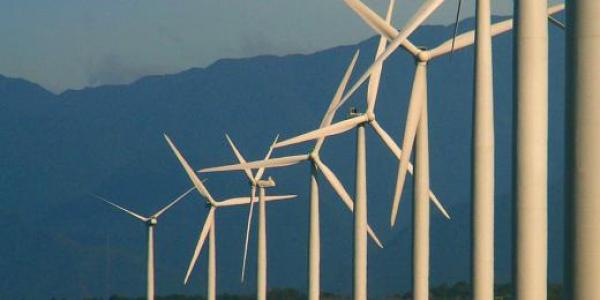 This week, one of the most important pieces of the 2006 Global Warming Solutions Act (Assembly Bill 32) goes live: the first-ever quarterly auction of carbon permits under California’s Cap and Trade program is set for Wednesday, November 14. California’s cap and trade program for greenhouse gases is designed to help achieve an 80 percent reduction of greenhouse gas emissions from 1990 levels by 2050. To learn more about the opportunities and challenges of cap and trade implementation, we hosted a forum at SPUR last week featuring Kate Gordon, director of the energy program at the Center for the Next Generation, Alex Jackson, energy program attorney at the Natural Resources Defense Council, and Brad Neff, cap and trade implementation manager at PG&E. Here are some of the insights they shared about what we can expect from cap and trade.

Gordon explained how California’s efforts to implement market mechanisms that would control greenhouse gases fit into a larger regulatory program, which includes not only cap and trade but a low-carbon fuel standard for vehicle fuels and a renewable energy standard for electric utilities. Taken together, she said, California’s approach to greenhouse gas controls is more economy-wide, more far-reaching, more integrated and more visionary than other regional greenhouse gas programs, such as the Regional Greenhouse Gas Initiative (RGGI) in the northeast United States, the Western Climate Initiative and trading programs in the EU, China and Australia.

Carbon trading programs are hard to implement, according to Gordon, because putting a price on carbon affects the economy, and a thoughtful transition is necessary to prevent the loss of jobs, especially if firms move out of state to save the costs of carbon compliance. Some of this week’s auction credits are actually reserved to help prevent this problem in California.

Gordon also discussed how Hurricane Sandy is kick-starting the national conversation about climate change, on both mitigation and adaptation. A price on carbon is even being discussed in Washington, D.C., as a potential part of the national deficit compromise. Some groups are talking about it as a way to raise revenue, others are talking about it being revenue-neutral (an opportunity SPUR discussed years ago in our 2008 paper on green taxes.)

Alex Jackson from NRDC began his portion of the presentation with an overview of how California’s cap and trade program is structured. Although the 13-page-long AB 32 did not describe how the state should achieve the emission reductions it called for, it did authorize market mechanisms and delegate program implementation to the California Air Resources Board (ARB). In 2008, the ARB released a scoping plan identifying the sectors of the economy that contribute to global warming and what policies should be targeted to those sectors to achieve them. Although cap and trade only covers about 20 percent of total emissions at first, Jackson said it was a critical piece of the carbon tool kit for four main reasons:

1.     It is one of the only policies that sets a fixed limit on emissions at the source, and by 2018 will cover 85 percent of economy-wide emissions (the program covers only large industrial emitters and the electricity sector at first, but transportation fuels are included in the program later).

2.     It is enforceable on individual emitters.

3.     It puts a price on carbon, correcting the externality and creating a positive incentive for compliance (saving money).

4.     It provides a backstop for the whole scoping plan if other policies and programs underperform.

Jackson commented that in terms of challenges for the program, we might expect to see some lawsuits from those who have a vested interest in seeing lack of success in California as a bellwether for climate policy. It is also a political challenge: Since AB 32 passed seven years ago, we have to undertake renewed efforts to explain to today’s lawmakers why the program is important. He expects renewed opposition from the forces of the status quo as we reach the finish line.

Brad Neff, who manages cap and trade for PG&E, described how the company is preparing for cap and trade, emphasizing that it has always supported such a program. Electricity rates are “decoupled” in California, meaning electric utilities earn a set rate of return, which the California Public Utilities Commission (CPUC) bases on the utility’s assets that deliver energy — not on how much electricity and gas it sells. For this reason, PG&E believes it is fortunate to operate in a regulated structure that enables the company to be very pro-environment. At 60 percent carbon-free, PG&E’s current electricity mix is one of the cleanest in the nation.

PG&E is covered by several AB 32 programs and regulations, including cap and trade and the Renewable Portfolio Standard. The utility views AB 32 as a positive step forward but wants market stability: PG&E expects its assets to last 20 or 30 years, so it wants clarity into the future about new potential rules and carbon costs. PG&E will get some free allowances under cap and trade, and it wants to give any revenue it earns back to ratepayers, but the CPUC has not made clear yet how this will be done.

In response to questions from SPUR’s audience, we learned that the revenue from the carbon allowance auction is only partially allocated. This is because it’s not clear how much revenue will come in. It is certain that this pool of funding will increase over the years, especially when transportation fuels are included under the cap. It is also certain that all of the revenue goes into ARB’s Air Pollution Control Fund initially and must be spent on implementing AB 32 or reducing air pollution (including greenhouse gases). As well, the California legislature has decided that 25 percent of the revenue must go to providing benefits to disadvantaged communities. For the balance, as directed by the legislature, ARB is going to work with the Department of Finance to come up with three-year investment plans.

I asked if there would be anything exciting to watch for in the media on Wednesday when the auction commences at 10 a.m. Our panelists all agreed: they hope not. Let’s all hope for some evidence of success, and a smooth process, as this critical tool to reducing global warming emissions launches.