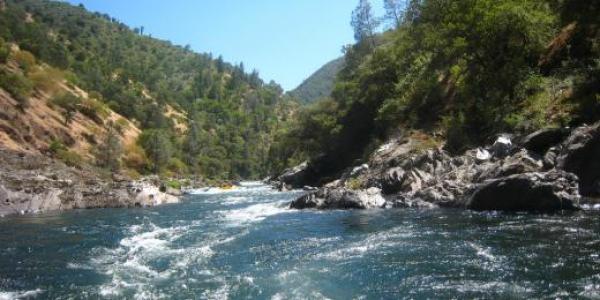 California water policy is endlessly fascinating. It addresses the single most important resource problem facing the state. It is complex. And it changes with glacial slowness.

This year, San Franciscans face two issues that reprise what occurred three decades ago: What should the city do regarding the long-term fate of the Tuolumne River? And what should the state do about moving fresh water through the Sacramento/San Joaquin Delta for shipment to the south?

Indeed, these two issues were the first water policy questions SPUR ever addressed. In 1982, the Modesto and Turlock Irrigation Districts and the San Francisco Public Utilities Commission were proposing to build three dams and two powerhouses along the 20-mile stretch of the Tuolumne River between O’Shaughnessy Dam and New Don Pedro Reservoir. Also in 1982, Governor Jerry Brown was proposing to build a Peripheral Canal around the delta to move Sacramento River water directly to the massive pumps that send it to the South Bay, Central Valley and Southern California.

SPUR opposed both proposals. We persuaded Mayor Dianne Feinstein to forego the additional revenue, water and electricity that the Tuolumne dams would generate. She even authorized me to go to Washington, D.C., to testify on the city’s behalf at a congressional hearing on designating the Tuolumne as a Wild and Scenic River. I also joined a variety of environmental groups in several meetings with Governor Brown and his staff to try to persuade him to drop the Peripheral Canal.

Governor Brown put a bond issue for the canal on the November 1982 ballot. It lost. More than 90 percent of Northern Californians voted against it. Congress voted to save the Tuolumne in 1984.

And now, here we go again.

For the Tuolumne, the issue at stake is San Francisco’s Proposition F, which asks whether the city should commence planning to demolish O’Shaughnessy Dam and allow the Hetch Hetchy Valley to return to its natural state. Doing so would, however, deprive the city of one of the purest water supplies of any urban area in the nation — as well as hydroelectric power and a revenue stream generated by the sale of a portion of that power. SPUR has written previously about how decommissioning the dam and reservoir will threaten San Francisco’s water supply and why the city will continue to need this system.

But what would this proposal mean for the Tuolumne River itself? It means destroying the very values of that 20-mile stretch downstream that persuaded Congress to save it. In those 20 miles, with hardly a road or a structure in sight, there are two dozen major rapids. It is one of the finest whitewater experiences in the world. Running those rapids is possible all summer long because of a reliable flow of water released daily from Hetch Hetchy. Demolishing O’Shaughnessy would mean that the water would be too high and violent during spring runoff, and too low for the rest of the summer for all but a handful of days. There would be no dam in place to capture the high spring flows, and no reservoir to provide timed releases all summer long.

The Tuolumne is also a premier trout fishery. Demolishing O’Shaughnessy eliminates that fishery, because the water would get too warm during the summer months without replenishment on a daily basis from Hetch Hetchy.

Having failed in 1982 to persuade the voters to approve the Peripheral Canal, Governor Brown now wants to pursue a $14 billion project funded by revenue bonds to construct a Peripheral Tunnel. He argues this is essential to save the fragile ecology of the Sacramento/San Joaquin Delta and to assure the continued delivery of a reliable supply of water to the South Bay, Central Valley and Southern California. The bonds and operating costs would supposedly be repaid by city and agricultural water users, although California farmers served by the two water systems receive heavily subsidized water supplies and cannot possibly afford to pay the full cost of developing the water.

The arguments from 30 years ago still apply today, even though conditions in the delta have gotten worse and the state has grown more populous. The proposed tunnel would have a capacity to deliver 9,000 cubic feet per second of water to the pumps for delivery south. Bypassing the delta would enhance the reliability of this water supply against an earthquake disrupting the delta and ensure that this water was of a higher quality than at present. It would also end the confusion fish face as they try to swim upstream while the pumps change the direction of stream flows.

But pumping this much water would consume one half to two thirds of the average normal monthly flow of the Sacramento River during the summer, when demand is highest. What happens during a drought? At present, the pumps cannot draw too much fresh water from the delta without sucking in salt water from the San Francisco Bay. With the tunnel, no such impediment would exist, and the entire flow of the Sacramento could be sent to the pumps. Halting the flow of fresh water into the bay for any sustained period would destroy its value as a major estuary.

Assurances are offered that the primary goal of this whole effort is to restore the delta environment, and that it may produce no new water or even result in reduced flows. This claim is based on the assumption that existing environmental laws and regulations will remain in place and be enforced, so too much water cannot ever be sent south.

Remember what happened on the Klamath River in 2002? The federal government decreed that less water was needed to preserve the salmon fishery, so more could be delivered to farmers. The result? More than 70,000 salmon died before reaching their spawning grounds. It took four years for a court to decree that the decision to reduce the flow was wrong, but the damage had been done.

So long as Sacramento River water going south has to flow through the delta, rather than around or under it, the Central Valley and Southern California cannot take all of it. But the Klamath River experience suggests that environmental laws and regulations alone cannot prevent excessive water withdrawals.

San Franciscans have a direct role to play in determining the fate of Hetch Hetchy reservoir by voting on Proposition F in this November’s election. Their role in addressing the issue of the Peripheral Tunnel is less direct. Without question, the current system for transporting water from north to south damages the environment and is vulnerable to disruption from natural disasters, ranging from drought to earthquakes. But fixing it involves finding a Gordian knot solution that links protecting the environment with ensuring a reliable supply of high-quality water via a mechanism not vulnerable to political pressure.

* Michael McGill served as SPUR associate director from 1973 to 1981 and executive director from 1982 to 1989. He moved to Washington, D.C., to serve as chief of staff and senior advisor on water policy to Senator Dianne Feinstein, and currently is a public affairs officer with the U.S. General Services Administration’s Public Buildings Service. The opinions expressed in this post are his alone and not necessarily the opinions of SPUR.