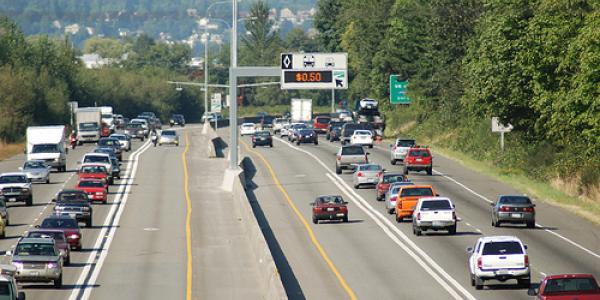 The Bay Area has a lot to gain from pricing its freeways. Two of the major benefits are money for transit and less highway congestion. High-Occupancy Toll (HOT) lanes are a miniature form of road pricing, offering solo drivers the option to buy their way into High-Occupancy Vehicle lanes and bypass the congested, more heavily-subsidized highway lanes.

In 2008, the Metropolitan Transportation Commission (MTC) proposed a plan to expand the region’s network of HOT lanes to 800 miles by 2035. This week, the agency is expected to approve a new plan for submission to the California Transportation Commission (CTC), but it would be scaled back significantly to 570 miles and would fall short of achieving the benefits of road pricing on several levels:

Some sustainable planning advocates like the folks at TransForm fear the MTC is rushing to submit a severely flawed proposal in time for the CTC’s deadline in October, after which final authority over HOT lanes is shifted from the CTC to the more challenging state legislature.

But the MTC is also developing its Regional Transportation Plan (RTP) over the next two years, which is likely to include recommendations more consistent with the region’s sustainable planning goals. Rather than submit a rushed proposal now and go through a more difficult modification process later, the agency should wait to develop a comprehensive plan that provides the Bay Area the kind of road pricing measures it needs to manage travel demand on its highways.