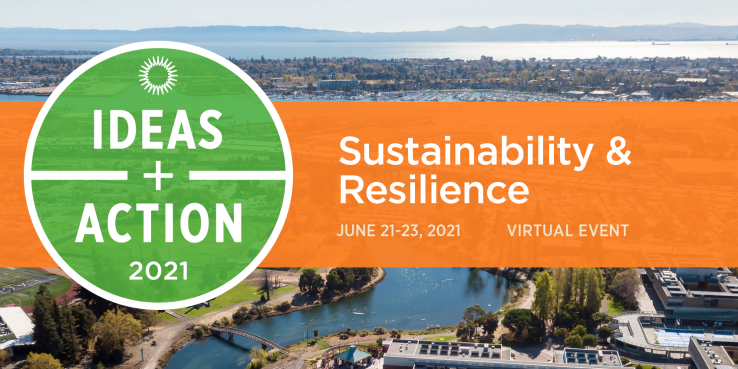 From year-round wildfires to freak storms, the reverberations of climate change have become a constant in daily life. The impacts are often severe, inequitable and daunting to address. There will be no singular solution: Climate change requires us to pull a complex set of levers at the international scale to slow the long-term damage caused by human development.

But all is not lost. Resilience is part of our collective DNA, and we can — and must — summon it in order to imagine and create a better future.

Join us June 21-23, 2021, for the second-annual Ideas+Action. Together with international climate experts, elected officials and environmental leaders, we’ll discuss the perils and the path forward to create a hopeful, sustainable future for the Bay Area and beyond.

What is at stake if we don’t proactively address the escalating dangers of our changing climate?

From Miami to Lagos and London to Shanghai, some of the world’s most vibrant cities are situated on coastlines in jeopardy of being lost to sea level rise in the coming decades, putting hundreds of millions of people — many of whom live in vulnerable communities — at risk. What do we lose when these cities become inundated by rising waters, and what are the policies and technologies that should be considered to ensure we can preserve a future for everyone?

Young people have long served as outspoken activists against the ills they see in the world, but their actions have only recently transcended international borders. The widespread adoption of social media has provided youth activists with a megaphone and a worldwide audience, enabling global exposure for topics like gun control, Black Lives Matter and, perhaps most influentially, climate change. Youth-driven climate action groups have arisen in nearly every country and resourcefully use social media and other tools to influence elected leaders around the world. Hear from a panel of young climate justice leaders as they discuss what is at stake for future generations.

5–6 p.m. — Workshop: How to Talk About Climate Change So People Listen

Timeworn advice recommends avoiding the topics of “politics”, “religion” and money in “conversation” and, in many places around the United States, “climate change” is on that list. And even though a majority of Americans now believe that the effects of climate change are real, convincing our neighbors to be proactive before disaster strikes can be a challenge. How can you or your organization talk about the climate crisis in a way that does not leave people despairing, but rather galvanized to take the big actions necessary to meaningfully address it? In this workshop, come learn the necessary skills and tactics — distilled from field experiments, evidence-based insights in social science and learnings from across the climate and clean energy advocacy community — to compellingly discuss climate change to motivate the public to take action. Limited space available!

How can new leadership and new ideas be harnessed to build climate resiliency?

Skyrocketing prices and a limited supply of homes are two of the biggest drivers that have pushed residents away from cities and further into the rural transition zones between human development and unoccupied land known as the wildland-urban interface or WUI. The natural vegetation of these areas, especially in combination with drought and inattentive land management, creates a tinderbox that can lead to catastrophic wildfires in places like the Western United States, Australia and elsewhere. What policies can be implemented to protect the tens of millions of homes that are at risk and minimize the impact of wildfire disasters?

Climate-related disasters have astronomical economic impacts that are felt from Main St. to Wall St. With the globe continuing to warm, we are certain to experience a greater annual concentration of these calamities — as well as ballooning price tags associated with them. How can we integrate climate science and data-driven market analysis into business decisions to reduce risks and build economic resilience in the face of a rapidly changing climate?

California’s flagship program to reduce carbon pollution, cap and trade, has been successful at reducing greenhouse gas emissions, but it hasn’t reduced dangerous air pollution equally in all communities across the state. Can the cap and trade program become as equitable as it is efficient and be the tool that California needs to reduce emissions while maximizing benefits for low-income communities of color?

What groundbreaking tools, technologies and policies can we adopt to shape a more sustainable future?

10–11 a.m. — The Promise and Pitfalls of Capturing Carbon

Until recently, the idea of pulling carbon directly from the air seemed to be a pipe dream, but new technologies and legislation are bringing it to reality. Can advances in carbon capture prove it to be a lynchpin in a framework for our cleaner future, or is it more prudent to instead focus on reducing emissions, thus making the need for carbon capture moot? Learn more about how new practices and technologies may radically change how we think about pollution.

While it is impossible to predict when and where the next wildfire might spark, climate data will make it easier to understand projected climate risk and identify climate adaptation needs. Cal-Adapt, a new online climate database developed by the State of California, offers tools, data and other resources to help communities visualize and plan for how climate change might affect the state. In this interactive workshop, come explore what Cal-Adapt has to offer, learn how to use its Local Climate Snapshot tool for real-world applications and understand how you can apply this powerful resource to your own projects, including planning, development, agriculture, land preservation and much more. Limited space available!

Whether you envision the streets of our future cities as teeming with autonomous vehicles, electric cars, zero-emission transit, micro-mobility or a combination of all of the above, it’s become obvious that implementing affordable, accessible and clean transportation options for the first mile, last mile and everything in between is crucial to solving the climate crisis. But how do we accelerate towards widespread adoption of these new technologies without leaving anyone behind?

More than thirty years ago, Bill McKibben released The End of Nature, widely regarded as the first book on climate change written for a general audience. In the decades since, humanity has taken bold steps forward in shaping a more sustainable future — as well as some regretful steps backward. Where are we now in our fight against a rapidly changing climate and what should, and must, be done to shift mindsets, transform industries, influence governments and protect a recognizable future for ourselves and future generations? 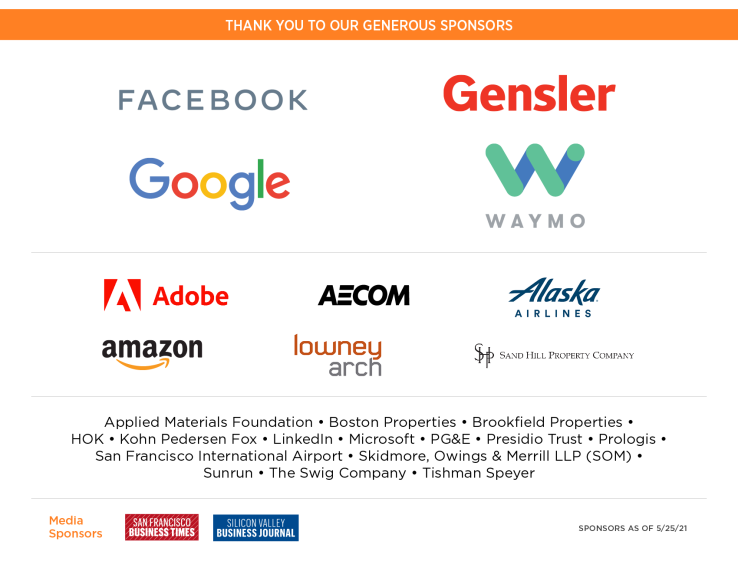