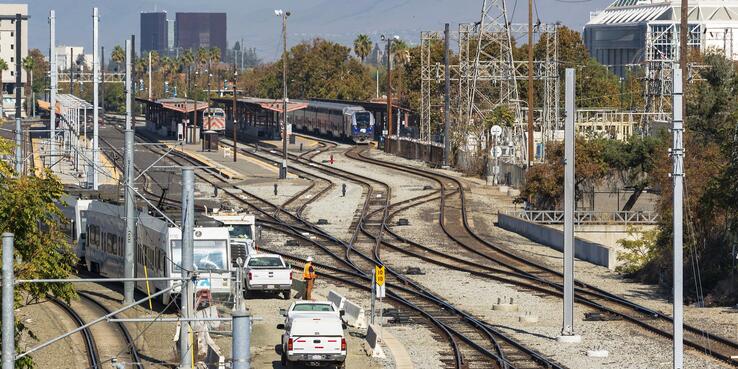 Only about three miles separate San José International Airport and Diridon Station, an intermodal transportation hub that will connect BART, Caltrain, High Speed Rail and VTA service in downtown San José. Despite this geographical closeness, there isn't currently an easy way to travel between them without a car — and, as we all know, conventional processes to build transit are expensive and slow. That's why earlier this year, the City of San José put out a bid seeking a partner firm to co-create a transit solution that’s faster and less expensive to build than the traditional process. Join us to learn more from the project's lead managers about how the bid process works and the city's vision for public-private partnership.

This event has been postponed.