Bringing the Trains to the Transit Center 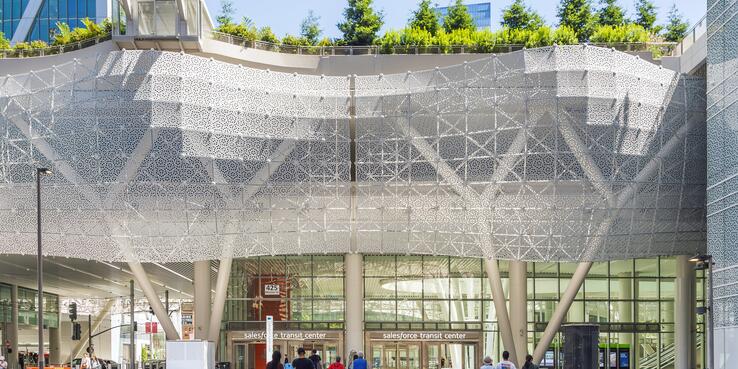 Opened in 2018, and stretching across four blocks in downtown San Francisco, Salesforce Transit Center is the Bay Area’s largest regional transportation hub. Though the facility serves seven different transit operators whose networks extend as far as Hercules, Palo Alto and Santa Rosa, buses are the only public transit mode currently available. That will all change, however, when the transit center’s train platforms open later this decade as part of the Downtown Rail Extension: an ambitious, six-track infrastructural expansion that will facilitate access to Caltrain and, eventually, California High-Speed Rail. Join SPUR and the Transbay Joint Powers Authority for a behind-the-scenes tour of Salesforce Transit Center. We’ll take a look at the center’s current operations before descending underground to explore the train box, a key component that, when finished, will make the facility the true Grand Central Station of the West. In partnership with the Transbay Joint Powers Authority.

Pre-register for the tour >>