Championing a Bay Area for All 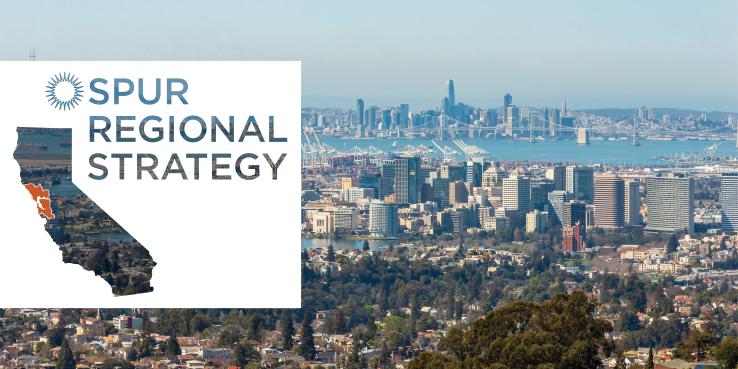 The Bay Area is one of the most awe-inspiring places in the country. It’s a region of incredible diversity, where more than 7.5 million residents collectively speak more than one hundred languages. It’s a region that influences the globe, with phenomenal cultural, geographic and economic wealth. But it’s also a region with significant challenges. Sharp inequalities in income and employment opportunity, sky-high housing costs, nearly 30,000 homeless neighbors, and a fragmented transportation network all have contributed to shape the Bay Area of today. And with more than four million new residents expected to move here over the next five decades, these inequities will only continue to grow — unless we act proactively and as a unified region. What will it take to create a truly equitable and sustainable Bay Area in which all people can thrive, and how can we foster the collective action and mindset shift that is so critical to realizing that vision? To commemorate the release of SPUR Regional Strategy, join some of the Bay Area’s most inspiring leaders as they discuss the value of regionalism and its role in advancing a future that everyone deserves.

Alicia John-Baptiste is the president and CEO of SPUR. She is responsible for defining the overall vision and strategy for the organization. Alicia served for three years as SPUR's deputy director. Prior to joining SPUR, she held senior public administration and public policy roles for the City and County of San Francisco, including chief of staff positions at both the San Francisco Planning Department and the San Francisco Municipal Transportation Agency. She holds a Masters degree in public policy from the Harvard Kennedy School and a Bachelor of Arts from Duke University.

Tomiquia Moss has more than 20 years of leadership and management experience and is nationally recognized as a dynamic nonprofit and public sector leader with expertise in housing, public policy and community development. Currently, Ms. Moss serves as the Founder and CEO of All Home, a new organization dedicated to finding regional solutions to the homelessness and housing crisis in the Bay Area. As a social worker and advocate for social justice, she continues work on behalf of our most vulnerable communities.

Fred Blackwell serves as the CEO of The San Francisco Foundation, he leads one of the largest community foundations in the country, working hand-in-hand with donors, nonprofits, community leaders and partners to create thriving communities throughout the region. Since joining the foundation in 2014, he has led a renewed commitment to social justice through an equity agenda focused on racial and economic inclusion. Blackwell, an Oakland native, is a nationally recognized community leader with a longstanding career in the Bay Area.

Alfredo Pedroza is the Chair of the Metropolitan Transportation Commission (MTC) and has served on Napa County's Board of Supervisors since 2014. Prior to joining the Board of Supervisors, Alfredo was elected to the Napa City Council in 2012, becoming its youngest and first ever Latino council member. His community leadership roles encompassing commerce, educational and social service organizations have helped facilitate job growth and economic development, provide aid for local schools, and lend support to individuals and families most in need.

Find more Digital Discourses about the SPUR Regional Strategy, leading up to its release on May 13: