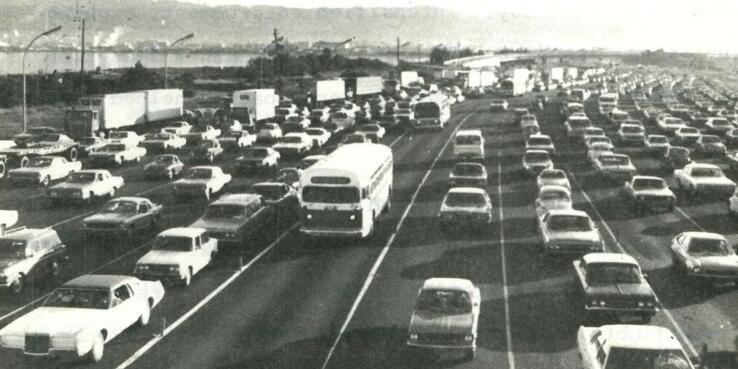 Every day, more than 250,000 vehicles pass over the San Francisco-Oakland Bay Bridge, accounting for more than a third of all traffic across all of California’s state-owned bridges. Stuck amidst the crawl of hundreds of thousands of cars, however, are also buses and other high-capacity vehicles that serve as critical transit links between San Francisco and the East Bay. A new bill introduced by Assemblymember Rob Bonta has proposed standards for the speed and reliability of buses through the Bay Bridge corridor, but what physical changes in how the bridge functions will need to occur in order to achieve those goals? Come hear about how this proposal could deliver better connections for buses and high-occupancy vehicles across the bay.