Bail Out People and the Planet, but Don’t Bail Out Polluters 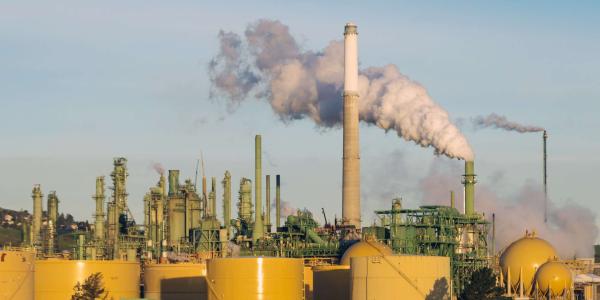 Every day, the COVID-19 pandemic increases in ferocity. Brave healthcare workers are putting their own lives on the line, without even the simple security of a clean mask, to care for those who just a few days ago were healthy. Millions of Americans have been laid off and don’t know where they will find money for groceries or the next rent check. Congress is considering an almost two-trillion-dollar relief package to help them, and to help jumpstart the economy.

As part of this potential stimulus package, the Trump Administration is considering including a multi-billion-dollar bailout for Big Oil and Big Gas in its $500 billion corporate slush fund. Over the past years, oil and gas companies have taken on risky debt, and now that the pandemic has sent oil prices tumbling. many of these companies are on the verge of bankruptcy. Tens of thousands of oil and gas workers are facing deep economic hardship; this stimulus must provide help to them directly, making sure they have enough money in the bank to pay their bills, stay in their homes and seek medical care.

But not one drop of stimulus money should go to bailing out fossil fuel companies themselves. To try and stave off bankruptcy, oil and gas companies are stopping production at inefficient wells and cutting back massively on drilling new ones. That is a good thing, and what scientists have been arguing must happen for years.

Analysis has clearly shown that we cannot avoid the climate crisis without significant reductions in fossil fuel production from existing wells. Without keeping the oil and gas that we are currently drilling in the ground, there is no hope of meeting the globally agreed upon carbon reduction targets that would keep warming below 2˚C.

Now is the time for our Democratic Congress to put its votes behind its climate rhetoric. Senators Sanders and Biden have both embraced “no new fracking.” They should also be clear that this must not include new bailouts for the fracking industry. The time to prop up extractive industries that are destroying the health of our communities and the livability of our planet is over.

Congress must focus on providing immediate relief to the millions of Americans who are sick or whose lives have been overturned by the pandemic’s economic fallout. Congress must also use this stimulus to lay the foundations for shared economic prosperity founded in a clean and restorative economy.

Every economic crisis provides an opportunity to build our economy back stronger, and our economy cannot be strong and stable without solving our climate crisis. The response to this crisis is the opportunity to deliver the Green New Deal we need to alter our climate trajectory. More immediately, solving our climate crisis will also reduce the chances of the United States being hit by a climate change-induced pandemic, such as Dengue Fever. And by cleaning our air of fossil pollution, we will all strengthen our lungs and become more resilient to diseases that attack them. An investment of two trillion dollars, it goes without saying, could be transformative.

To give you an example, with federal subsidies of just over $6 billion a year, renewables have already become the fastest growing energy source in the country. A one trillion dollar investment in clean electricity by the government would be more than enough to replace all fossil fuel power plants with renewables, according to a study published by the National Bureau of Economic Research, and create over 13 million new jobs.

A one trillion dollar investment in clean transportation could provide every American household with an $8,000 subsidy to purchase an American-made electric vehicle, which would go a long way toward eliminating greenhouse gas emissions from transportation. A one trillion dollar investment could increase the amount spent on energy efficiency over 10 times over, creating over 25 million jobs. The average dollar invested in energy efficient programs produces more than two dollars in benefits and particularly helps lower-income households, as they spend a greater share of their incomes on energy bills.

A one trillion dollar investment could also clean up the tens of thousands of depleted oil and gas wells that sit unplugged and idle, releasing methane and carcinogens, or restore the square miles of wetlands and forests degraded by fossil fuel extraction. Investment in restoration would have the added benefit of being geographically located in the areas most heavily exposed to the decline of the fossil fuel industry. Laid-off workers from coal mines and oil and gas fields could have access to good jobs rehabilitating the land that their past employers destroyed.

This pandemic has shown us that the best time to fight a crisis is before it is upon us. As we desperately try to flatten the curve of COVID-19 infections, let us fight the looming climate crisis before we are drowning in it and use this stimulus to bend the climate curve to zero before it’s too late.