The Downfall of the Mall, the Triumph of the City and the Birth of Something in Between 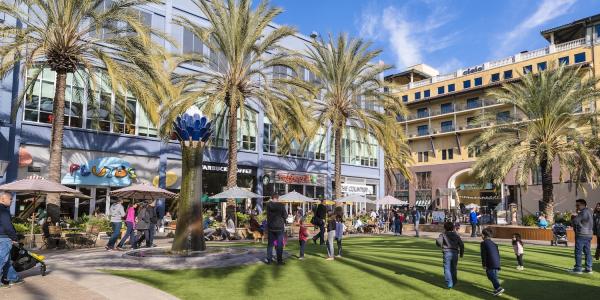 San Jose's Santana Row exemplifies the new breed of retail center that is replacing traditional shopping malls around the country. Photo by Sergio Ruiz for SPUR.

A stroll through Santana Row provides a uniquely urban experience in predominantly suburban San Jose. Its tree-lined avenue and charming old-world storefronts have enticed shoppers and brought Santana Row considerable commercial success. This popularity reflects a renewed interest in urban places — and places that feel urban. As traditional midcentury shopping malls fail across the country, many — like Santana Row — have been transformed into “lifestyle centers" that integrate entertainment, dining, public spaces and even housing into retail destinations. At a recent SPUR forum, The Santana Row Effect, Chris Calott, Chair of Real Estate Development, Architecture and Urbanism at UC Berkeley, invited SPUR members and guests to look beyond the attractive Mediterranean façades and explore the origins — and future — of Santana Row and other lifestyle centers.

Callot addressed three questions about the rise, fall and reinvention of the suburban shopping mall:

1. Where did the suburban shopping mall come from?

In many ways, the mall was intended as the logical evolution of thousands of years of urban development, extended to a suburban location. Calott described how ancient cities had a human-scale plan that combined religious, governmental and economic functions at their centers. This phenomenon continued in the design of small American cities and towns, such as the county seat town planned around a courthouse square in the era before automobiles. 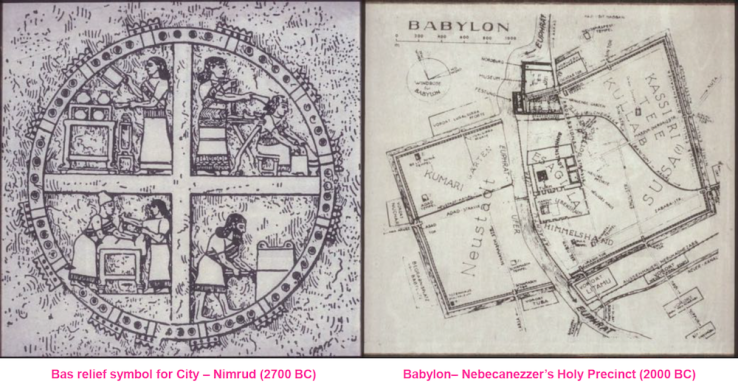 Early cities were depicted as a crossroad surrounded by a circle. The crossroads was symbolic of economic trade while the circle represented a protective wall. In ancient times, religious significance was associated with the center of a city. Images courtesy Chris Calott.

In the United States, the courthouse square town came to embody the values of deliberative democracy and law. As in the Roman forum, economic activity clustered around administrative centers. Images courtesy Chris Callot.

Calott explained that Victor Gruen, the founder of the traditional indoor shopping mall, originally intended to create a center of community life in the suburbs that not only included shopping but also civic resources — a post office, a library, public spaces — not unlike the model of the traditional American courthouse square town. When that didn’t happen, Gruen infamously stated that he hoped “all shopping malls end up neglected, abandoned and forgotten. I refuse to pay alimony for those bastard developments.”

Instead, shopping malls often became the destroyer of downtown. Big box stores and malls connected directly to interstate highways that bypassed downtowns — or sidestepped courthouse square towns entirely — cutting them off from development, investment and vitality.

2. Why are so many traditional suburban malls being abandoned or remodeled into lifestyle centers? 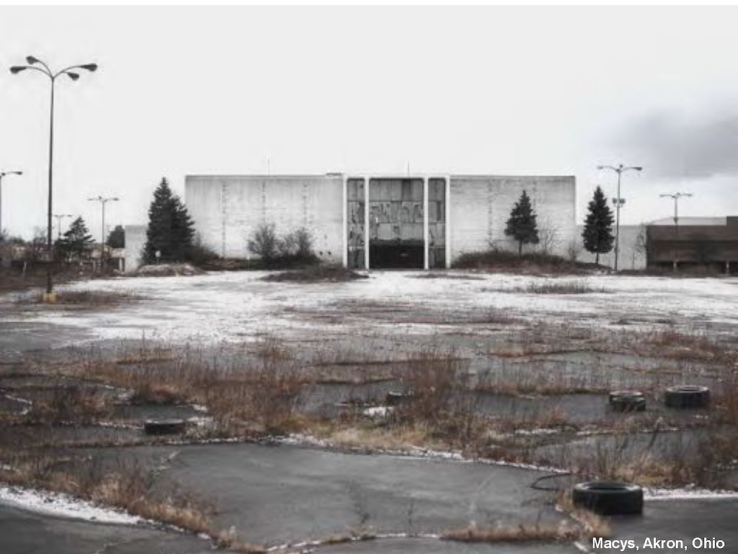 Many traditional shopping malls are no longer successful and have fallen into disrepair. Image courtesy Chris Calott.

The decline of the traditional shopping mall accelerated as city centers and downtowns started to rebound. Central cities that had long suffered from disinvestment and decay have seen a sharp turnaround, driven in part by new demographic preferences for more urban living.

At about the same time that cities started to come back, the lifestyle center became a financially viable and sanctioned real estate product. According to Calott, there are less than two-dozen types of real estate development that American banks and insurance company investors deem secure enough to finance, and as early as 2004, the lifestyle center replaced the suburban shopping mall on this list. Since then, he said, virtually no new traditional malls have been built, and many existing ones are being redeveloped into lifestyle centers. Today nearly all new master-planned shopping developments seek to emulate an organic, urban, old-world feel that offers opportunities for experience and consumption. Santana Row, which started out as a traditional mall, is a prime example. Many other lifestyle centers across the country are going further to realize Gruen’s original vision, including civic functions and spaces in addition to housing, retail and office uses. 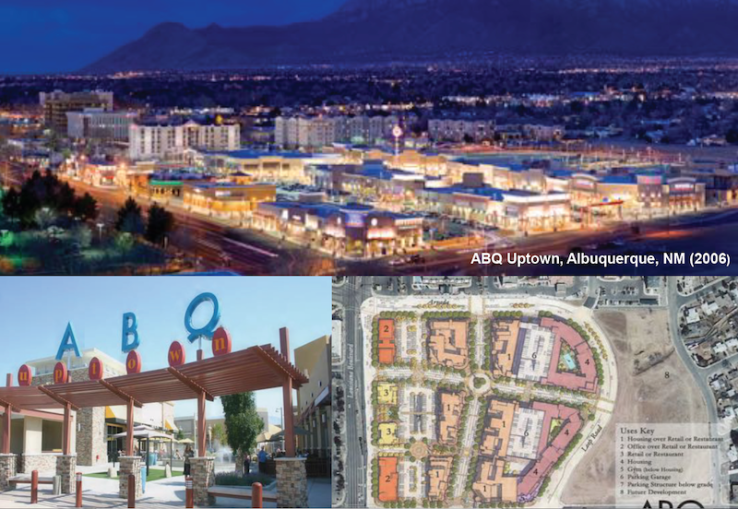 ABQ Uptown in Albuquerque, New Mexico, is an example of a traditional mall reimagined as a lifestyle center, complete with perpendicular streets and a mixture of uses, including residential, office and recreation. Images courtesy Chris Calott.

3. How urban is “lifestyle urbanism”?

Santana Row and other lifestyle center developments have succeeded in creating a more walkable, urbanized retail destination than the traditional shopping mall. But Calott argued that the suburban context still holds great influence on lifestyle centers and distinguishes them from true urban centers. Santana Row and places like it exemplify what he calls “disconnective urbanism.” They require most people to arrive by car, and they remain architecturally, economically and socially distinct from their surrounding context. In other words, they are still destination centers. 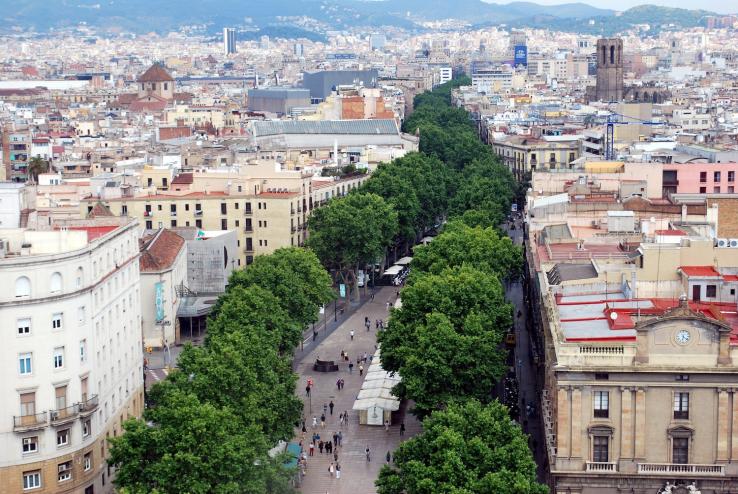 Santana Row’s visual inspiration, Barcelona’s La Rambla, is an example of “connective urbanism.” Spanning three-quarters of a mile, it connects the city’s port to its central square at the Placa de Catalunya. Photo by flickr user Nikos Roussos.

In Santana Row, an urban shopping district has been brought to the suburbs — to the delight of visitors and the profit of retailers. However, Calott concluded, if lifestyle centers like Santana Row are to become true urban centers, they need to expand beyond their walls to engage with the broader community. A bolder vision to retrofit suburbia must both tackle the issue of car-centric development head-on and serve the needs of people from all socioeconomic levels and backgrounds.