Un-doing the Grand Bargain That Created the Housing Trust Fund 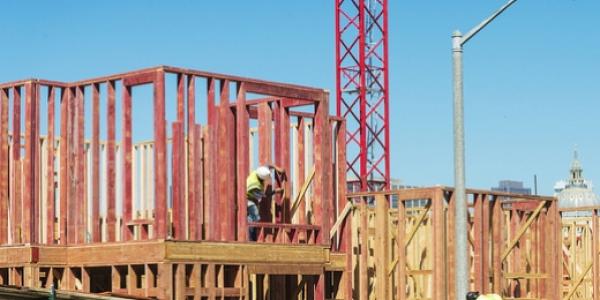 In 2012, the voters of San Francisco passed Proposition C, a consensus measure that created a $1.2 billion set-aside for affordable housing while also reducing the on-site inclusionary housing requirement, which obliges developers of market-rate housing to build some affordable units on the same site. Now some city leaders are revisiting whether the measure asked enough from developers.

The basic idea behind Prop. C was to support both market-rate and affordable housing. Market-rate housing was encouraged because the inclusionary requirements went down if units were built on site and because other exactions were capped, creating greater certainty about costs in the development process. Affordable housing was encouraged by the plain fact of gaining a stable source of funding: a set aside of general fund dollars, money that comes from all taxpayers in the city — not just fees on new housing. SPUR was very involved in Prop. C and helped secure its passage.

Prop. C was a compromise: Not everyone got what they wanted. But the compromise was successful enough to create a big-tent coalition capable of successfully passing the first affordable housing funding measure in almost two decades — an enormous victory for housing advocates across the spectrum — and stimulating overall housing production. In combination with this year’s Prop. A housing bond, San Francisco has done more than any other city in California to replace the funds lost when state redevelopment agencies were eliminated in 2012.

But some aspects of Prop. C have not worked out so well. The measure has not resulted in cost certainty in the development process. One-off negotiations on a project-by-project basis are again the norm. In this way, Prop. C has been ineffective. We also believe that over the past several years, the inclusionary rate has not been set at the highest possible level for many projects. During the period of extraordinary price escalation that we’ve been living through, the rate could have been higher for some projects.

Now the Mayor and Supervisor Breed have convened people to begin discussions about going back to the ballot with a new charter amendment to reform Prop. C. Supervisor Kim has also introduced a charter amendment for this June that will alter the Prop. C requirements. There is significant risk of destroying the coalition of market rate and affordable housing advocates that has been able to do so much good for San Francisco by replacing the loss of redevelopment funding. Nevertheless, we agree that changes to 2012’s “grand bargain” are worth talking about — and could potentially provide the opportunity for a new grand bargain to benefit both market rate and affordable housing.

We observe that Prop. C violated traditional good government principles in two ways: First it set an inclusionary cap in the city charter, and second it created a new budget set-aside in the charter. We were willing to be part of the Prop. C coalition because we believed that the substantive good the measure did outweighed the procedural bad. But as we contemplate un-doing the grand bargain, perhaps there is a chance to return to some good government principles. This is an opportunity to move things out of the city charter that should not be there — and to do so in a way that will increase housing production across the entire spectrum of housing types.

SPUR believes that a future charter amendment should do the following:

As the re-opening of Prop. C continues, we hope that the discussion can further support both market-rate and affordable housing, rather than pitting one against the other. We continue to believe that what it will take to drive down housing costs is a set of changes to enable the production of much more housing at all price levels. That means we need to get the exaction levels right (including the amount of inclusionary housing that is required), and it means we need to fix the rules about what it takes to get permission to add to the housing supply.