Steel Yourselves: The Creative Afterlife of the Former Bay Bridge 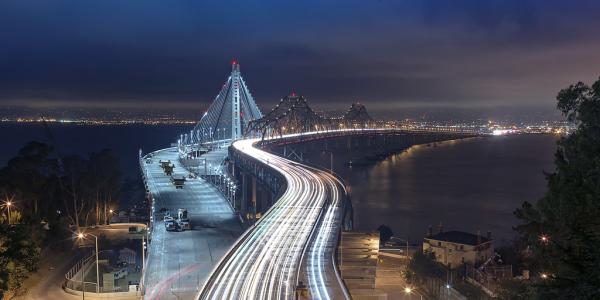 For 77 years, the 58,000 tons of steel in the Bay Bridge’s eastern span formed a vital link between San Francisco and Oakland. Now, replaced by a new, seismically upgraded bridge, the 1936 eastern span has been almost entirely dismantled and shipped away. But thanks to the passion of local artists, a significant portion of the remaining Bay Bridge steel will be reincarnated as large-scale public art.

Such an afterlife seems only fitting for a bridge that has always inspired the imagination and shaped the experience of the Bay Area’s cities.

The Bay Bridge was first conceived in the Gold Rush days, but took nearly another century to build. Its completion first seemed like an engineering and financial impossibility. At the time it was built, the bridge instantly became the first and the largest in many respects, not the least of which was its sheer tons of steel. The steel involved in building the bridge represented 6.7 percent of the entire steel output of the U.S. at the time. 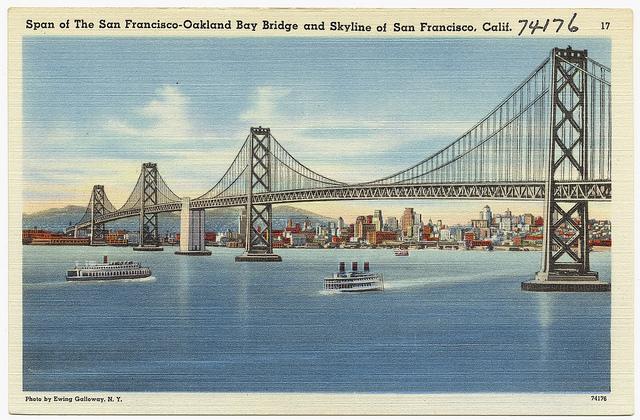 The opening of the Bay Bridge in 1936 — after just three years of construction — transformed mobility in the Bay Area. Almost as soon as the bridge was completed, traffic on it — including automobiles, trains and trucks — exceeded levels predicted for 1950. In 1958, a re-configuration removed the railway system, and the two decks were re-aligned to carry five lanes of single-direction truck and auto traffic.

Then in 1989 the Loma Prieta earthquake damaged a major part of the Bay Bridge’s eastern section. It became clear that despite the bridge's grand stature and deep piers, it was vulnerable during strong quakes. The span would need to be replaced. Although the new eastern span was originally scheduled to open in 2007, several problems delayed the opening until September 2, 2013. 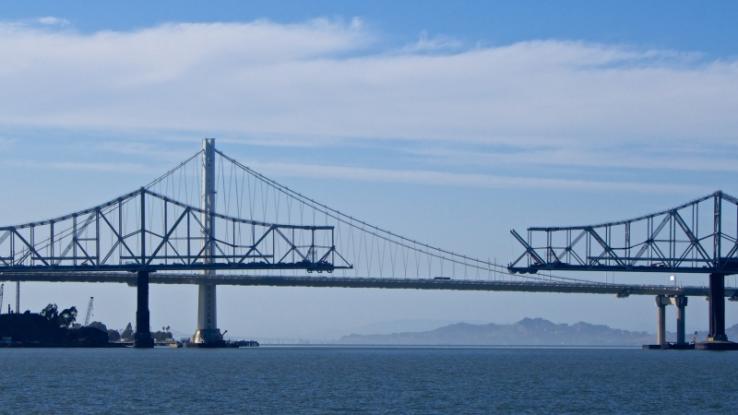 The old span of the Bay Bridge in the process of being dismantled. The new span is in the background. Image courtesy Flickr user Dave Schumaker.

Observing the success of the High Line in New York, there was a brief discussion of a project to convert the bridge into a park. But the High Line option was deemed infeasible given the old bridge’s poor structural safety. The ultimate decision was to completely remove the bridge and ship off its estimated 58,000 tons of steel and 245,000 tons of concrete to recycling plants around the world.

At this point, artists around the Bay Area decided to take action and claim some of this salvaged material for creative projects. They were aided by a Federal Highway Administration law that requires the state to preserve hundreds of tons of the bridge structure for historical and educational purposes. 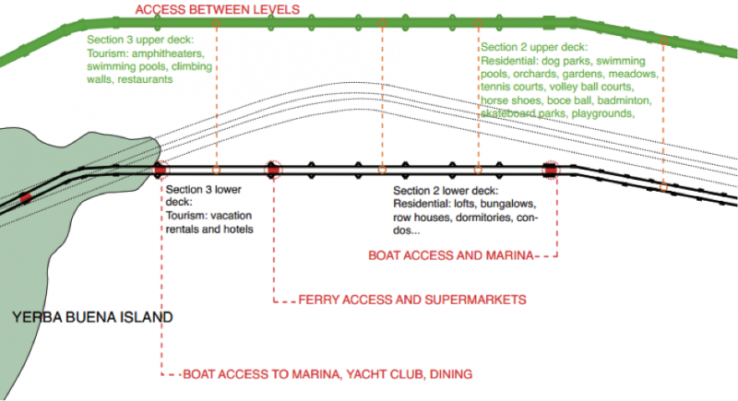 Bay Line project proposing housing units and linear public spaces on the eastern part of the Bay Bridge, with a total cost of construction estimated at $723 million.

Artists wanted more than just a piece of the old Bay Bridge. They wanted to celebrate its legacy in the local landscape. In October 2014, Caltrans and the Bay Area Transportation Authority (BATA) partnered with the Oakland Museum of California (OMCA) in order to create a call for proposals targeting local artists who wanted to reuse some of the 600 tons of the steel that will be salvaged. The oversight committee has asked applicants that they propose projects for public spaces that would “retain the visual characteristics/language of the original bridge and celebrate its history.”

Several groups of artists and architects have come forward with proposals. Architect Davis Grieshaber held a competition among students to create a structure made from the old steel and has proposed designs for a multi-use, eco-friendly “Bay Bridge house,” that would be located on Treasure Island. Another major group of artists and advocates is represented by American Steel Studios, a collective led by renowned local sculptor and community leader Karen Cusolito. This massive West Oakland art space is located in two adjacent warehouses that provide high clearance, bridge cranes, drive-through truck access and work spaces for a range of artists, innovators and creative residents from the Bay Area. 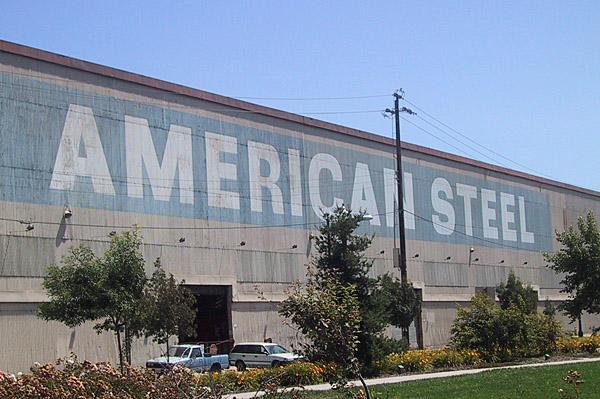 American Steel Studios started a campaign, petition and call for projects called Baybridgesteel.org, urging state and regional agencies to support the creative re-use of the Bay Bridge steel as art, shelter, solar arrays and rainwater catchment systems. Others have proposed building streetscape furniture ranging from bus stops and sculptures to large structures or light posts in public parks and shorelines throughout the Bay Area. The proposals celebrate the bridge as a longtime connector that should continue to be a landmark through adaptive re-use.

The program for distribution of salvaged steel from the Bay Bridge is still under way. The bridge is being demolished in three phases. The first made no provision for setting steel aside for local artistic projects. The next phase, which started in July, saves 200 tons of steel for the Gateway Park re-use project, including additional steel for a few other art projects. Once a contractor has been selected for the next phase of demolition of the eastern span, the organizers of steel distribution to artists expect more material to be made available in February 2015.

The Oakland Museum of California is taking project proposals currently from those who would like to use the material in civic or public art projects. Stay tuned!

Learn more and propose a project >>