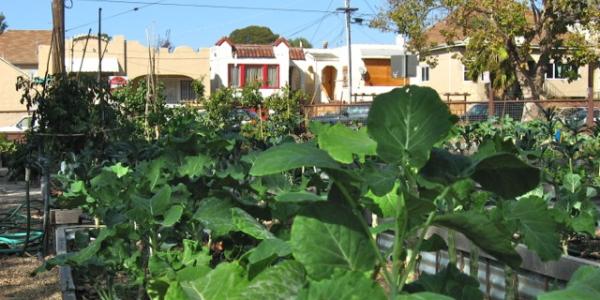 Oakland recently made it easier for urban farmers and gardeners to start new projects. On November 18, the City Council unanimously approved changes to the city planning code that clarifies what types of urban agriculture are allowed in each part of the city and expanded the areas where residents can cultivate crops and produce honey without the requirement of attaining a special permit.

The changes are a result of an effort by the Planning and Building Department and urban agriculture advocates that began in 2011, but had been on hold for much of the past two years.

The major changes include:

Generally, the revised rules make it easier to garden or farm at a small scale when the project does not involve animal husbandry. The categories are distinguished by whether food is intended for sale and whether animals are involved. This is in contrast to San Francisco and San Jose’s zoning regulations which primarily distinguish urban agriculture by size of operation, rather than whether or not they are commercial or involve animals.

With these planning code changes, Oakland has removed a major permitting obstacle to urban agriculture and provided gardeners and farmers more clarity and security in the establishment of new projects. The changes also signal Oakland’s move to embrace the growing of food within the city rather than pushing it beyond city limits.

>> Read coverage of the planning code changes on KQED