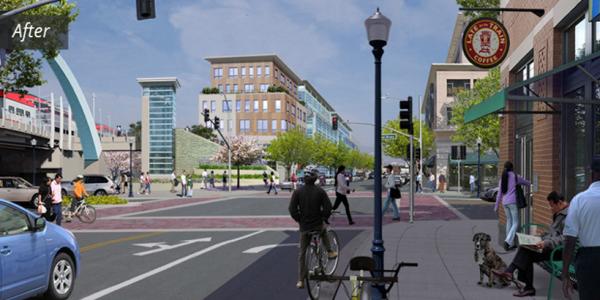 From a regional perspective, there’s one pretty clear outcome of the recent election: Smart growth and infill development won at the ballot box. (These issues did well nationally, too.) Across half a dozen measures, Bay Area voters rejected NIMBY-led downzoning, approved height increases in their downtowns, reaffirmed urban growth boundaries and voted against sprawl development.

A number of “ballot box zoning” measures asked voters to consider decisions usually made by planning departments and communities through the public planning process. Using the ballot to make decisions about what, where and how tall to build has long been anathema to planners because a simple “yes” vs. “no” choice doesn’t leave room to negotiate or modify a proposed project. Voters in Berkeley, Dublin, Menlo Park and Union City rejected measures put on the ballot by proponents who tried to use the ballot for zoning and planning. In San Bruno and San Francisco, ballot box zoning was necessary because laws in these cities require that voters approve building height-limit increases in certain areas. Voters in both cities approved the proposed increases.

Of course these outcomes don’t mean planning politics will be without friction in the future. But in November 2014, at least, the mood of the voters was consistent: Grow in the urban core and restrict growth in open space and on the edge. In at least one case, the pro-infill coalition showed increased support in just the past four years: 74 percent of Berkeley voters reaffirmed their downtown plan — an increase from 64 percent support for the plan on the 2010 ballot.

Here’s how the planning-related votes went down in each of these cities:

Rejecting Sprawl in Dublin
Eighty-three percent of Dublin voters rejected Measure T, a developer-backed initiative that would have allowed development in Doolan Canyon, an open space area between Dublin and Livermore. Specifically, the measure would have annexed 1,650 acres of unincorporated open space and placed it within the City of Dublin. Given that neighboring Livermore and Pleasanton have urban growth boundaries, Dublin’s rejection of the development is likely the final word on proposed growth in the canyon. 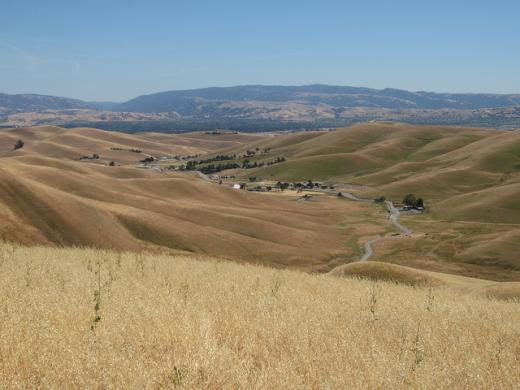 Union City voted to prevent development on 63 acres of protected open space land by rejecting Measure KK 65 percent to 35 percent. Despite a clever title (the Union City Hillside View Protection, Parks and Senior Services Initiative) and language about enhancing parks and open space, the measure was essentially an attempt to build low-density single-family housing in an open space area where no development is currently allowed.

Berkeley voted to stick with its downtown plan and move forward with new development, rejecting Measure R. The measure proposed changing the existing downtown zoning codes to impose new requirements that would have made buildings taller than 60 feet financially infeasible to build. The existing downtown planning policies were first approved by the voters in 2010 and then formally adopted by the City Council in 2012. This year’s campaign was essentially a reprise of the 2010 contest, but this time a broad coalition of environmentalists, developers, labor, affordable housers and others secured 74 percent of the vote in supporting the downtown plan, an increase of 10 points since 2010. 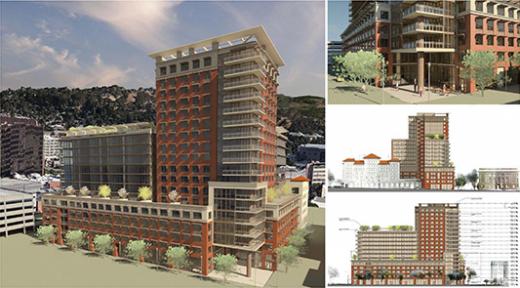 In Menlo Park, 62 percent of voters rejected Measure M, which would have significantly reduced development capacity downtown. In 2012 Menlo Park adopted its El Camino Real and Downtown Specific Plan. Measure M would have changed the plan to limit total new office development to a little over 240,000 square feet, reducing the previously approved limit of 408,000 square feet. The downtown is immediately adjacent to a Caltrain baby bullet station at the 10th most used station in Caltrain’s system.

Sixty-seven percent of voters in San Bruno backed Measure N, a proposal to raise building heights from 50 to 90 feet in their downtown. The measure specifically repealed San Bruno’s Ordinance 1284 from 1977, which limited downtown buildings to 50 feet or three stories and restricted new multi-story parking structures, unless approved by the voters. Proposition N could result in an additional 4,000 jobs and 3,800 new residents in the downtown area, which is adjacent to a Caltrain station.

Approving a New Plan for Pier 70 in San Francisco

In San Francisco, 72 percent of voters passed Prop F, approving a mixed-use development on Pier 70. The vote was mandated by a prior initiative that requires voter approval of height limit increases on land owned by the Port of San Francisco. The measure proposed height increases from 40 to 90 feet (the current height of the tallest historic building on site) in order to build a mixed-used development that includes parks, jobs, cultural space and 1,000 to 2,000 units of housing, 30 percent of which will be affordable.

While we think the ballot is not the best place to make planning decisions, the outcomes of these measures reflect an overall sensibility that supports growth around transit and in the urban cores while rejecting greenfield development. Ultimately, the best evidence that many parts of the region are firmly supportive of smart growth is not the outcome of ballot measures. The evidence will come from land use decisions and actions made by local planning commissions and city councils working closely with local communities in a comprehensive planning process.