Urbanism Wins in the Bay Area 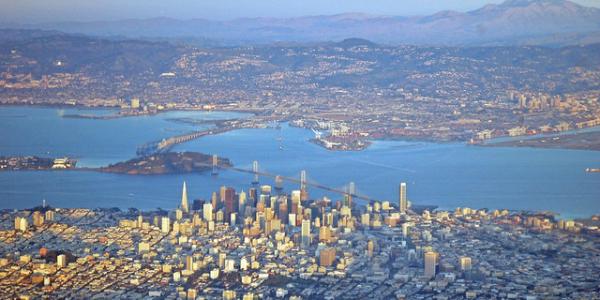 Regardless of what happened at the national level, our local elections were full of good news for urbanism.

Ballot measures that passed in San Francisco, San Jose and Oakland marked major victories for transit, open space and higher minimum wages across the region. And in San Francisco, we saw many other SPUR priorities — from the Children’s Fund to the Pier 70 project to the Golden Gate Park soccer fields— move forward.

SPUR worked hard to build support for San Francisco’s Proposition A, the bond dedicated to improvements in Muni service and street safety. We are thrilled by its passage and encouraged by what appears to be a broad pattern of voter support for transit, biking and walking, all across the region. Also in San Francisco, the passage of Prop B, which boosts Muni funding to keep pace with population growth, and the rejection of Prop L, which would have rolled back the city’s Transit First policy, signaled emphatic public interest in investing in transportation options and moving away from reliance on cars.

Funding public transit is one of the strategies SPUR has advocated to make San Francisco more affordable. Raising the minimum wage is another. SPUR’s Regional Economic Prosperity Strategy has identified “raising the floor” as one of the most important strategies for improving economic security among the region’s lower-wage workers. On Tuesday, Prop. J passed with 77 percent of the vote, more votes than any other measure in San Francisco. It will raise the local minimum wage to $15 by 2018.

San Francisco's soda tax received 55 percent of the vote (according to the latest tally), which fell short of the two-thirds necessary for passage. But the measure received a majority in San Francisco, in spite of $9 million spent against it, and a similar measure won in Berkeley — two signals of a shift in public sentiment that could lead to soda taxes gaining traction in other places.

SPUR San Jose made one endorsement, which was Santa Clara County’s Measure Q, a ballot measure to generate local funding for open space. Though votes are still being counted, the measure appears to have successfully garnered the two-thirds majority required to win. SPUR hosted the election night party for Measure Q in San Jose. If Q succeeds, it will be a big win for Bay Area open space.

Finally, while SPUR does not get involved with candidate races, we are looking forward to working with Mayor Sam Liccardo in San Jose and Mayor Libby Schaaf in Oakland. Both have laid out visions for their cities that embrace the benefits of a more urban future.

City and County of San Francisco

City of Oakland (and a selection from Alameda County)

City of San Jose (and a selection from Santa Clara County)