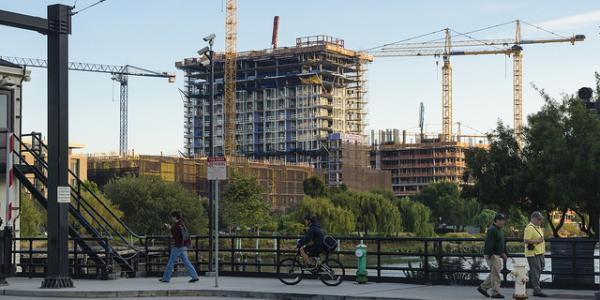 One of the ways economic inequality shows itself is that some people have enough money to own more than one house. It’s galling to those of us who struggle to afford one home — or simply to make the rent each month. Why do some have so much while we have so little?

In cities like San Francisco, where housing is expensive and the market is competitive, emotional reactions like this can inform the policy debate. We decided to take an analytic approach to figure out if there’s a policy issue here beyond the feelings. Is San Francisco’s housing supply being taken up by people who own units they don’t live in? Are a significant number of units being kept empty or used by only occasional visitors? Is the city wasting time approving new market-rate units if they’re not housing SF residents?

SPUR convened a group to look at this issue over the last year. Our study, Non-Primary Residences and San Francisco’s Housing Market, looks at numbers from the 2012 American Community Survey. (We chose not to use data from the San Francisco Assessor’s office because it wasn’t complete enough to determine whether units were actually vacant. More on this in a minute.)

The results of the study are underwhelming. There are 9,075 units currently used for “seasonal, occasional and recreational use.” This constitutes just 2.4 percent of the city’s housing stock — not a major driver of housing costs (at least not yet). That’s also a relatively small share when compared to other hot real estate markets. San Francisco comes in behind Miami, Santa Fe, Honolulu, Manhattan and three other cities. Two other discoveries: it doesn’t look like owners are purchasing properties as investments and leaving them totally vacant, and buildings with hotel-level concierge services are likely to have higher levels of pieds-à-terre than other buildings. Read the complete study for details.

Nonetheless, we think this is an important issue to keep tracking. We don’t want the city to “hollow out” (meaning, lose permanent residents) the way some popular cities around the world have.

One thing is clear from our attempt to look at this issue: San Francisco will need to do a better job collecting this data in the future. We and others have found that available data from the U.S. Census, the Assessor’s Office and voter registration are simply not sufficient to understand the full picture. For example, the incentive to properly register one’s home as a primary residence is low (approximately $70 in annual tax savings), and clues like a mismatch between property address and mailing address may or may not indicate actual vacancy. For a variety of reasons, a property owner may use a different address for billing information — including renting the unit to a full-time tenant. That’s a big gap in the data, and we won’t fully understand this issue until we can get better information.

As San Franciscans watch their city change before their eyes — and experience firsthand the financial challenges of living in a globally desirable city — it’s hard to ignore the shiny new high-rises or the rumors of foreign oligarchs and wealthy Silicon Valley techies buying up units and leaving them vacant. It’s difficult not to have an emotional reaction. But we’ll do better to focus our energies where the real issues may lie: Let’s gather the data to truly understand who lives where. Let’s protect existing rental units. Let’s build more affordable housing. And let’s increase the overall housing supply to take some pressure off the housing we already have.