Are We in an Affordability Crisis or a Housing Bubble? 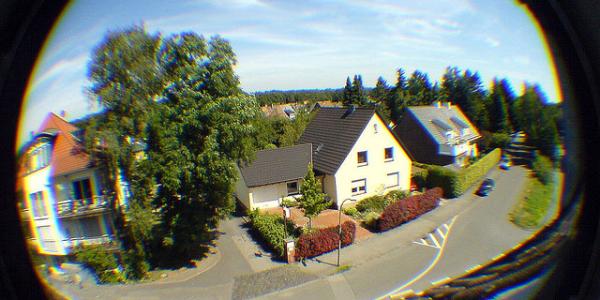 No one in San Francisco is arguing about whether real estate is expensive. There is, however, some debate about how to characterize the astronomical prices. Now that median home values in San Francisco and many other parts of the Bay Area have returned to pre-recession highs, some observers are compelled to ask: Are we in another housing bubble?

Real estate experts Jed Kolko and Tim Cornwell spoke to this question at a recent SPUR lunchtime forum. Both agreed that we are in the midst of an affordability crisis as opposed to a housing bubble. Kolko, chief economist for real estate analytics firm Trulia, outlined the difference between the two:

The current real estate market in San Francisco much more closely resembles the criteria for an affordability crisis than a housing bubble.

Kolko’s data suggests that current home prices in the San Francisco metro area (which includes Marin and San Mateo counties) are not in fact overvalued compared to the historical relationship between median income and medium home price. Using these metrics, the San Francisco metro housing market is currently 6 percent overvalued, which is insignificant compared to the height of the pre-recession housing bubble, when it was 53 percent overvalued.

Unlike a housing bubble, San Francisco’s sky-high real estate prices can be attributed to supply and demand issues: the hallmarks of an affordability crisis. This is good news because it means prices won’t come crashing down — but distressing because it’s indicative of a longer-term economic issue.

Currently San Francisco is the least affordable metro area in the country. Only 14 percent of homes for sale are affordable to the middle class. The rates in San Jose (34 percent) and Oakland (40 percent) are better but still unaffordable for the significant majority of their residents. 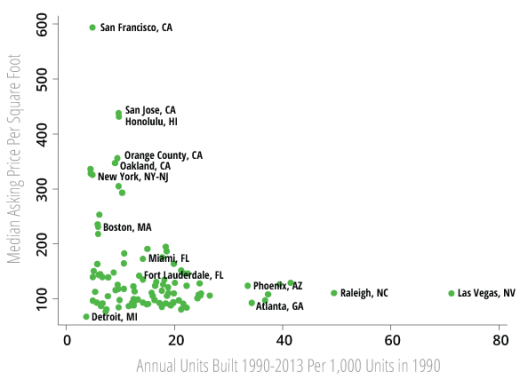 Even though Manhattan and LA have more expensive neighborhoods, San Francisco is far and away the most expensive metro in the nation. This is due to the small number of units built each year relative to demand.

Tim Cornwell of the Concord Group explained the wide variety of factors underlying the crisis. San Francisco is limited by both geography and extensive regulation. There’s very little room to build new units, and securing the rights to begin construction is extremely difficult and expensive — an irony common to many of our nation’s most expensive cities. In spite of the challenges associated with housing production, San Francisco is home to more jobs than ever before, and the job growth shows no signs of slowing — posing a challenge to the city’s long-standing cap on annual office growth. It’s no secret Millenials are willing to sacrifice just about anything to live in a superstar city, but Boomers, many of whom cashed in on valuable homes in the suburbs, are moving in to San Francisco at an even faster rate. 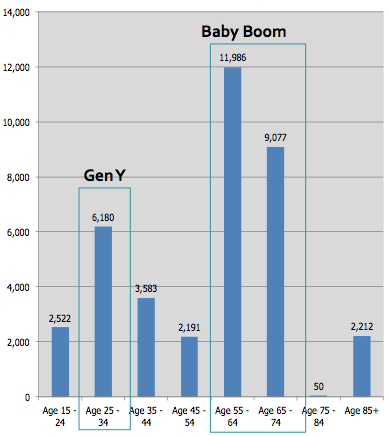 According to Kolko, there are only two ways we can get ourselves out of this affordability crisis: increase supply or decrease demand. To achieve the latter, San Francisco could discourage economic development or trade climates with Fairbanks, Alaska. A better solution is to increase supply — not just in San Francisco, but throughout the region.

Cornwell asserted that while there is currently a significant amount of housing in the construction pipeline in San Francisco and the Bay Area, due to decades of underbuilding we’re still far behind in meeting the demand potential. Until this basic issue is addressed throughout the region, we will be unable to curb the affordability crisis.

Houses for Sale: Supply vs. Demand 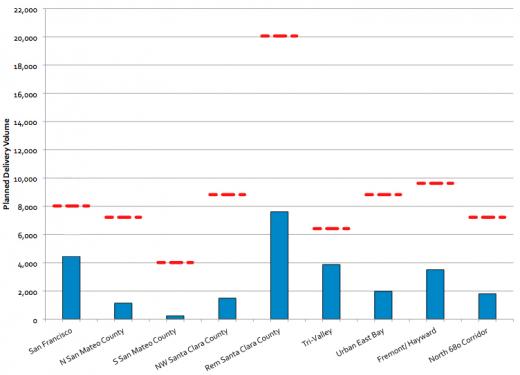 The Bay Area’s affordability crisis is fundamentally a supply and demand issue. Here supply is shown in blue and demand in red. At this point, the region isn't producing anywhere close to the number of units needed to substantially lower prices.

View the presentations from the forum: