By Ben Tripousis and Boris Lipkin 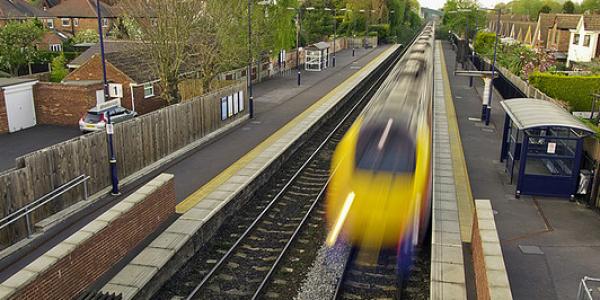 Over the past few years, the California High-Speed Rail Authority has been moving forward on building the first high-speed rail system in the United States. The 800-mile statewide system will connect Los Angeles to San Francisco in under three hours, while providing new opportunities for cities with stations in between. Projects of this magnitude take many years to complete, and their incremental progress rarely gets reported. But a lot has happened on the high-speed rail front recently. There’s a new business plan; some routes are finalized; environmental impact reviews are done; the first construction phase has started; and groundbreaking is imminent.

Here a look at these recent activities and what they mean for the build-out of our state’s high-speed rail system:

The construction phase of the first segment has begun

While there isn’t steel in the ground yet, the construction phase on the first segment of the system — through the Central Valley — has already begun and there’s a design-build team under contract. This team is working on the design, conducting the necessary soil tests, hiring a labor force and moving toward groundbreaking sometime this year.

There’s an approved route between Fresno and Bakersfield

Lawsuits are being resolved

As with any mega-project, there will always be opposition. The Golden Gate Bridge had more than 2,000 lawsuits filed against it and was referred to by critics as an “upside down mouse trap.” While the high-speed rail program has had far fewer lawsuits, the authority has been working diligently to resolve them and move forward with the project.

In the Bay Area, for example, the authority is investing $705 million in the electrification and improvement of Caltrain. In cooperation with the Metropolitan Transportation Commission, the cities of San Francisco and San Jose, and San Mateo County, Caltrain is undertaking the planning and development of a fully electrified commuter rail corridor between San Francisco and San Jose, switching from diesel to electric engines. This will serve as the foundation for a future where high-speed rail service is blended with Caltrain service along the Peninsula. In addition, the funding contributes to the installation of an advanced signal system, which will significantly improve safety along the Caltrain corridor.

At its April meeting, the authority’s board voted unanimously to adopt the 2014 business plan. This plan fulfills the authority’s legislative requirements to publish a business plan every two years and builds on the ideas developed in the last plan, adopted in 2012. Those ideas include building the system in phases and having high-speed trains share tracks with regional rail systems like Caltrain in order to deliver improved service much more quickly and at greatly reduced cost.

The 2014 plan includes updated cost estimates as well as ridership and revenue forecasts — all of which have been informed by and improved upon through rigorous review by external policy and academic experts. These new forecasts serve as the basis for an updated financial analysis, which continues to show that the program is financially viable and, in turn, confirms that the private sector will regard this as an attractive investment opportunity.

Following recommendations offered by the Legislative Peer Review Group and the United States Government Accountability Office (GAO), the California High-Speed Rail Authority applied an analytic technique designed to quantify and better understand the risks associated with its forecasts, which the business plan describes. An updated analysis of the economic impacts of the system, informed by GAO recommendations, has also been incorporated.

With the adoption of the 2014 business plan, the authority will continue to work with its federal, state, regional and local partners to build the system. This summer, the legislature is poised to vote on the allocation of cap-and-trade funds, a portion of which Governor Brown has proposed to use for high-speed rail. If this appropriation is approved, cap and-trade funds can help accelerate implementation of the system statewide.