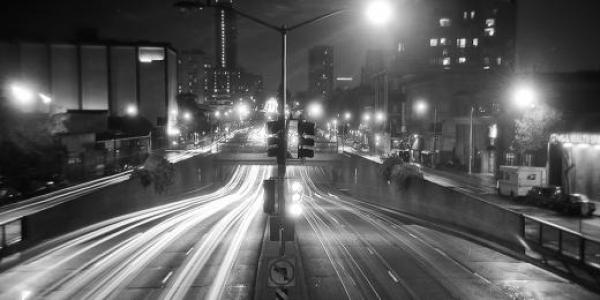 Los Angeles is in the midst of discarding its stereotype of exclusive auto-mobility and reshaping itself as a transit metropolis. (See the August/September issue of The Urbanist for more on the expansion of transit in L.A.). Pedestrian plazas, food trucks, CicLAvia (L.A.’s version of Sunday Streets), planned bike sharing, 1,600 miles of planned new bike lanes, and $40 billion for transit over the next 30 years all indicate this change. Metro, the region’s transit agency, has an estimated 1.4 million riders a day. (In comparison, the Bay Area’s seven largest transit agencies have a combined average of 1.5 million weekday riders.) Iconic boulevards, such as Sunset and Atlantic, are becoming places for people rather than just cars.

Can the Bay Area follow in Los Angeles’ footsteps in re-envisioning its boulevards and arterials?

Our region has an abundance of boulevards connecting multiple destinations and different land uses. Streets like Geary in San Francisco, San Pablo and International in the East Bay and El Camino Real, Bascom and Stevens Creek in the South Bay are all “boulevards” in this sense. These streets are natural corridors for transit, as they can form a grid network. Transit systems that focus on connecting multiple destinations have been found to have high ridership and low cost per rider, even when riders must transfer buses for transit trips. Multiple destinations along corridors can encourage two-way travel for transit routes. Instead of running express routes, where buses often run full in one direction and empty in the other, having many destinations along a corridor can keep buses productively full (as it does in decentralized Los Angeles). This allows transit corridors on boulevards to become places for people and activity. 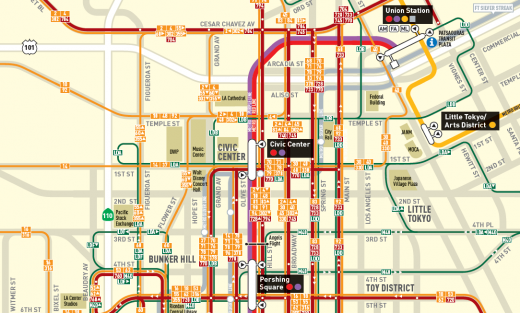 While the Bay Area is not as decentralized as the Los Angeles region, boulevards and arterials in the Bay Area do provide similar opportunities for infill development that could create destinations and form a network for future growth in employment and housing. This is especially important as the Bay Area embarks on a regional planning effort to reduce greenhouse gas emissions by linking transportation and land use. Many arterials already have transit service and low-density, auto-centric development, making them ideal for infill and revisioning as places for people. Corridor planning efforts, such as the Grand Boulevard Initiative for El Camino Real in San Mateo and Santa Clara counties, are important steps for revitalizing boulevards and arterials. 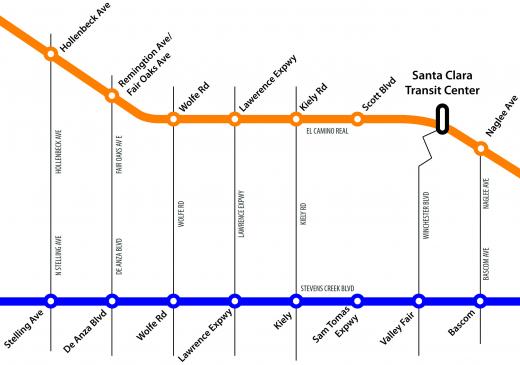 However, there are many challenges to recreating boulevards:

The fear of congestion that could result from removing travel lanes, dedicating lanes to transit only and calming traffic is one argument against changing arterial streets. But cities need to look beyond increasing mobility and mitigating congestion. Congestion is a byproduct of economic prosperity, and eliminating it can remove urban vitality. Cities also need to develop strategies to overcome barriers to infill development, such as updating zoning codes, reducing parking requirements, incentivizing transit-oriented development, streamlining approval processes, and investing in street design and open space. Transit agencies need to increase transit frequency and service on arterials and connect feeder routes to serve growing areas of activity.

The Bay Area is fortunate to have arterials that form a network of potential infill destinations. What remains is for the region to encourage denser infill development and create high-frequency transit corridors on existing boulevards.