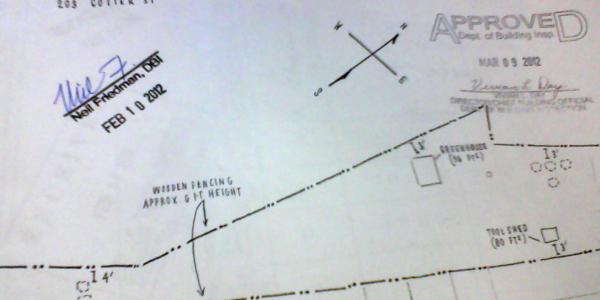 On March 9, 2012, San Francisco issued its first zoning permit for “neighborhood urban agriculture.”  The change of use permit, given to Little City Gardens, allows the small urban farming business to grow produce for sale at its three-quarter-acre market garden in the Mission Terrace neighborhood. It is the first permit issued under San Francisco’s pioneering urban agriculture zoning guidelines, which Mayor Lee signed into law in April 2011.

The permit is both a victory for Little City Gardens and the culmination of a multi-year effort to legalize commercial urban farming in residential neighborhoods in San Francisco. The permit, is, at its core, a simple recognition that the previously vacant lot is now being used to grow food according to basic guidelines. Securing the permit, however, was not simple. The process involved:

Little City Gardens has been at the forefront of trying to find a legal path to sell what it grows in the city.  Now, having set the precedent of successfully securing a change of use permit, the path ahead for other aspiring urban farmers in San Francisco will be a little smoother.