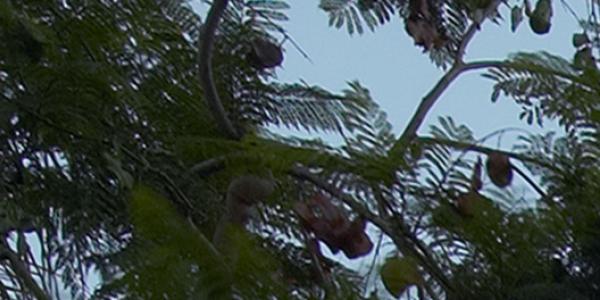 The rennovation of the California Theater was one of San Jose's many downtown redevelopment projects.

San Francisco
San Francisco is, in many ways, the city least likely to be impacted by the end of redevelopment — and the one in the best position to develop tools and strategies to replace it. As both a city and a county, San Francisco will not need to send its redevelopment funding to a separate county government, where it would become one of many jurisdictions fighting for remaining funds. In contrast, Oakland is one of 14 cities in Alameda County (not including unincorporated Alameda County) and San Jose is one of 15 cities in Santa Clara County (not including unincorporated Santa Clara County). Despite this, San Francisco will not emerge unscathed.

San Francisco has developed three main priorities to guide its actions in the face of redevelopment’s dissolution: first, that the three large redevelopment projects (Mission Bay, Hunter’s Point and Transbay) that qualify as enforceable obligations under Assembly Bill 26 (the state law that dissolved redevelopment) continue uninterrupted; second, that the community development functions of redevelopment — including affordable housing production, workforce development programs, and neighborhood strengthening and investment initiatives — be protected; and third, that that programs that receive state or federal matching funds continue to move forward so that matching funding is not lost.

In late January, the city adopted a resolution that laid out the plan for meeting these priorities. The resolution took four steps:

The upshot for San Francisco is that some of its affordable housing funding and existing major redevelopment projects are well positioned to be protected. However, some of the other work of redevelopment not considered enforceable obligations — such as economic development and project development in areas such as Visitation Valley — will require more creative approaches to move forward.

Oakland
In Oakland, the loss of redevelopment will be devastating to the capacity of the city to develop underutilized properties. Projects like the Broadway Auto Row project and the funds to build a new stadium for the A’s could be substantially reduced or eliminated. In addition, Oakland will not be able to rely on tax increment financing to fund affordable housing; roughly 25 percent of redevelopment funding in Oakland were used to fund affordable housing.

The loss of redevelopment has also taken its toll on other aspects of Oakland’s government: Redevelopment funds are deeply intertwined into more than 160 city positions in 11 departments. Rather than deliver pink slips to those employees whose jobs were funded by redevelopment, city leaders instead proposed overhauling all city operations to more efficiently provide services while retaining some redevelopment staff to help wind down current projects. On January 31, the Oakland City Council approved an amended budget accounting for the $28 million gap from redevelopment funding. The city will eliminate 105 positions, resulting in 80 layoffs. Consolidations include combining the Office of Parks and Recreation and the Department of Human Services. Oakland will also move key administrative functions for several departments into a single Administrative Services Department, according to the city administrator. The Community and Economic Development Agency, which housed most of the city’s redevelopment activities, will be dissolved into four new offices: Planning and Neighborhood Preservation, Housing and Community Development, Economic and Workforce Development, and Neighborhood Investment. The City of Oakland has also identified itself as the successor agency and will prioritize projects like the Oakland Army Base that have enforceable obligations to move forward. The City administrator's office will manage the remaining assets from the elimination of redevelopment.

The agency used the tax increment from its roughly 19,000 acres of designated redevelopment areas to borrow against and reinvest in other areas. In doing so in an arguably overly robust way, they became the state’s second largest redevelopment agency as measured by tax revenue, and the City of San Jose’s “go to” for funding and approval of almost all major projects in the last several decades.

The SJRA began planning for its own shuttering a few years ago when the state began withdrawing funds from all redevelopment agencies. With the realization that it was overleveraged and would be unable to continue even if the option to “pay to play” was made available, the agency began reducing its workforce from 119 employees in 2009 to 10 employees today — just enough to manage its obligations on $3.8 billion of remaining debt. The San Jose City Council took its final action to end the agency in late January by:

Because of the SJRA’s debt obligations, it will be decades before any tax increment is available to Santa Clara County or the state.

The end of redevelopment in San Jose will have far-reaching and likely yet unknown impacts, and there are many questions still to be answered. What happens to the Strong Neighborhood designations and areas of investment? How will the San Jose Department of Housing replace the 20 percent of its budget that came from SJRA affordable housing funds? How will the City of San Jose continue to provide the necessary infrastructure in downtown and offer incentives for future development?

Next Steps
It remains unclear how cities in California will fare in the wake of redevelopment’s disappearance. Some of the tools that might replace redevelopment, such as Infrastructure Financing Districts, are complicated to use and don’t fund all of the things redevelopment used to do. SPUR is committed to figuring out what should be next now that redevelopment is gone. We are going to need new tools if our cities are to thrive.

Join us February 29 for a SPUR forum: The Death of Redevelopment >>