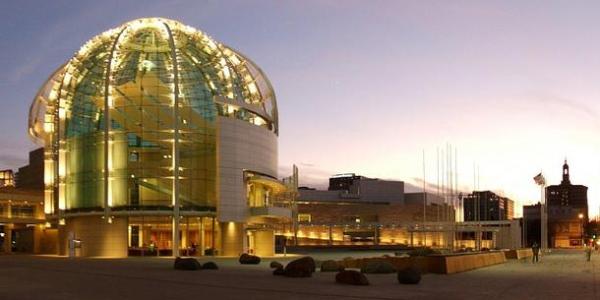 The General Plan, while simple in name, is one of a city’s most important documents. It determines how, where, when and if a city will grow. It shapes what our neighborhoods look like, where our places of work are located, and where our parks, schools and homes intersect — or don’t. It directs development to be pedestrian, bike or transit-oriented — or not. And it can make or break a city’s long-term success, since the policies and direction it lays out remain in place until a new General Plan is created, which can be years or decades away depending on the jurisdiction.

For San Jose, the 10th largest city in the United States, it’s been almost two decades. The city was overdue for an update and needed a strategy to direct growth to accommodate a forecasted 470,000 new jobs and 120,000 new housing units through 2040. After a four-year planning process, the San Jose City Council adopted the Envision San Jose 2040 General Plan on November 1. The document notes five community priorities: promoting economic development, ensuring fiscal sustainability, providing environmental leadership, building in targeted areas called “urban villages,” and promoting transit use. These five were emphasized in addition to the other key concepts of community-based planning, prioritizing downtown as a destination, maintaining the urban growth boundary and designing for a healthy community.

The big idea in the plan is to create urban villages, specific areas that will provide active, walkable, bicycle-friendly, transit-oriented, mixed-use urban settings for new housing and job growth. The urban villages identified fall into four categories: regional transit, local transit, commercial and residential areas. All are are located along existing regional and local transit lines or in locations identified by their potential for redevelopment or enhancement. In a sense, the new San Jose General Plan follows the current convention of American planning, protecting most of the city from change, while designating a smaller number of sites for intensive development. But you get a sense of the enormous scale of San Jose’s ambition from the number — 70! — of designated urban villages.

The plan also promotes the physical health of the community by way of designating land uses to promote walking, access to healthy food and backyard agriculture. And unlike previous plans, Envision San Jose 2040 will come before the city council every four years to review the phasing priorities of the plan, track progress and provide consistency through changing future councils. These straight-forward concepts and priorities mark a defining departure from the car-centric, sprawling, bedroom community that San Jose started with as a result of poor land use planning prior to the 1970s.

The success of San Jose’s 2040 General Plan will depend on its implementation, its ability to provide clarity and assurance to the development community through the urban village policy framework, an appropriate update of the zoning code to correspond with the new land designations and, ultimately, the fortitude of the planning staff and city council to adhere to the plan as staff and city counsels evolve and change.