How to Improve the Bay Plan's Guidelines for Sea Level Rise 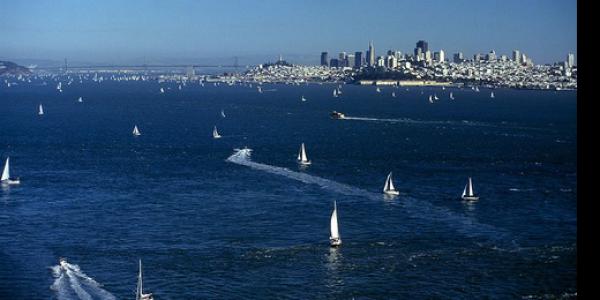 We know that the climate is changing. We know that sea levels are going to rise at a faster rate in the coming decades—as much as 16 inches by mid-century—and we know that large parts of the Bay Area are going to become vulnerable to flooding in the process. (Read SPUR's papers on sea level rise here and here.) Policy failure outside our region (nationally and internationally) is making it even more important within our region to both try to stop climate change and prepare for its worst and inevitable effects. How do we do this in a way that is logical yet sustainable, that harnesses regional ingenuity and collaboration, focuses growth in the right places, and prevents as much misery as possible?

Over the last two years, the San Francisco Bay Conservation and Development Commission (BCDC) has been working on a proposal to amend its guidance document, the Bay Plan, to include new findings and policies related to climate change and sea level rise. This proposal is based on years of research by BCDC and others to try to understand and project the effects of future sea level rise on the shoreline—and what rising sea levels mean for people, property, infrastructure, and fragile Bay wetlands. (See the BCDC's report, "Living with a Rising Bay" and the Pacific Institute's "The Impacts of Sea Level Rise on the California Coast.")

The latest draft of the proposal, issued in September, provides guidance on how local governments and BCDC (within its narrow jurisdiction of 100 feet inland from the shoreline), should permit projects in the future inundation zone, and what kinds of projects should be allowed at all. It proposes to initiate a years-long public process to create a regional strategy for allocating limited flood protection resources and determining where development should not occur in the future, or even be removed. BCDC has been holding an official public hearing on this topic that has remained open for months. They have received hundreds of comments and there will be more workshops and hearings over the next few months. You can find out more at the BCDC Commission meetings and through their FAQs.

SPUR has published several papers on climate change over the last few years; one creates a prioritized climate action plan for the City of San Francisco; a second paper addresses the necessity of sea level rise planning, and provides a typology of shoreline management strategies we might need to use to adapt to the changes in our region. We have an ongoing task force working to vet climate adaptation strategies for the region, including how we should deal with new threats of extreme weather and sea level rise. We have also been trying to build awareness of the need for a regional conversation around this topic through exhibits and public forums at the SPUR Urban Center.

SPUR thinks BCDC’s efforts to study and to raise awareness on sea level rise are incredibly important, and that amending the Bay Plan is a timely and logical next step. We also understand why the specifics of their draft proposal have raised concerns—from Bay restoration advocates, to local governments, to developers with sights on shoreline properties. But we think a workable solution for everyone is possible, and we suggested changes to BCDC this week in a letter and a set of line-item edits to the proposed amendments.

To summarize some of the concerns that have been raised:

In SPUR’s view, the proposed amendments provide some fairly strong assurances to restoration advocates (that should remain strong), but inadequate assurances to property owners and developers about their future liabilities, and a confusing slate of guidance to local governments on how they should reconcile all the climate change information being handed down by regional agencies (BCDC isn’t totally responsible for this, of course, but the Bay Plan could reference some of the other efforts, and in SPUR’s version, it does). While BCDC’s attempt to solve for sea level rise, MTC’s attempt to solve for reducing personal vehicle travel, ABAG’s attempt to solve for compact land use, and BAAQMD’s attempt to solve for air pollution and greenhouse gas emissions are all important, we need a fine-grained analysis to ensure that we achieve these goals in a coordinated way. We need to carefully lay out a plan for the region going forward that provides clarity, especially for local governments, and reconciles competing goals. And most importantly, we must not intentionally plan to optimize for a single issue, like sea level rise, because climate change is not the only issue facing our region in the future. We have many development and conservation goals. We don’t want to make them harder to achieve, or at worst, accidentally force more development into sprawl.

The changes SPUR suggested to BCDC this week for the Bay Plan can be summarized in five main points.  We want the Bay Plan amendments to:

Overall, we at SPUR are very encouraged by our regional agencies’ efforts to solve for global warming in a world that cannot seem to enact the changes we need. We are grateful to BCDC for being a thought leader on this issue. We think it is totally possible and necessary to encourage appropriate infill development and meaningfully plan for sea level rise. We can do this at the regional scale, and we must also do it locally. And we believe that our proposed changes to the Bay Plan Amendments are an improvement on BCDC’s template, and will advance many of our region’s aspirations for the future.