Yogi Berra once posited about a restaurant suffering a perceived decline, "Nobody goes there anymore -- it's too crowded." San Francisco parking faces the same dilemma: high parking occupancy and low turnover make parking in San Francisco a headache as drivers are forced waste upwards of 45 minutes orbiting for a space, adding to traffic and burning gasoline.

To combat this problem, the SFMTA is considering two proposals: SF Park, an initiative to use parking technology to make finding and paying for parking easier, and the recently unveiled the Extended Meter Hours Study (EMHS), which would extend parking meter operations in a number of neighborhoods. Increasing turnover and making more spaces available should be quite welcome in a number of neighborhoods where parking is at 100% utilization (or more, when counting cars double-parked, left in illegal spots, or parked on the sidewalk). Implementing the EMHS would also raise an estimated $9 million per year for Muni.

There has been some push-back.  Some merchants are concerned that an increase in the cost of parking will push shoppers to drive to malls where parking is ample and free. And advocates of the EMHS are concerned about the fate of a similar measure in Oakland, where the City Council saw fierce resistance to, and ultimately retreated from, an attempt at extending parking meter operations and raising the parking fee. Public outreach regarding the EMHS is ongoing; hopefully SFMTA will be able to provide easier parking for motorists and higher revenues for transit. 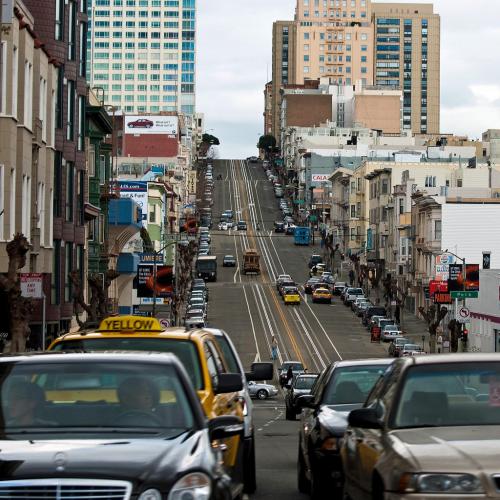