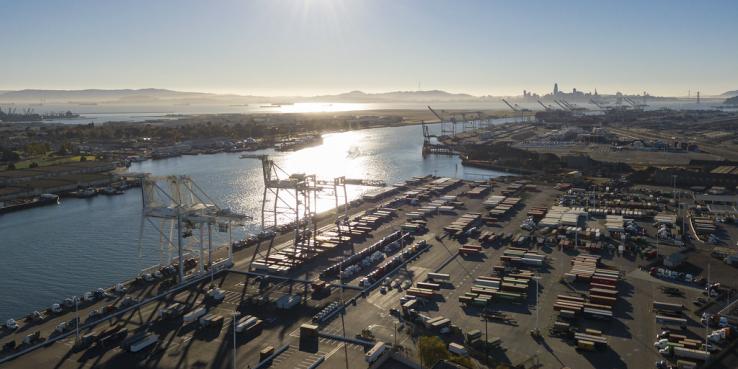 Climb aboard a bus and tour the Oakland International Container Terminal, the largest stevedoring terminal at the Port of Oakland. As a result of its critical position as one of the most significant economic drivers in the Bay Area, development on port land often generates incredible debate, underscoring the tension between economic and commercial development. Yet, despite the central role maritime business holds in both the city and the greater region, most people know very little about the shipping and commerce operations that occur in Oakland. Don’t miss your chance to view the day-to-day operations at the Oakland International Container Terminal, see the largest cranes on the West Coast and catch mega ships in action as they move the goods that make the region run.

Registrants will receive further information in advance of the tour.
Email
publicprograms@spur.org
Phone
415.781.8726