Downtown on a Precipice: Why San Francisco Must Recover 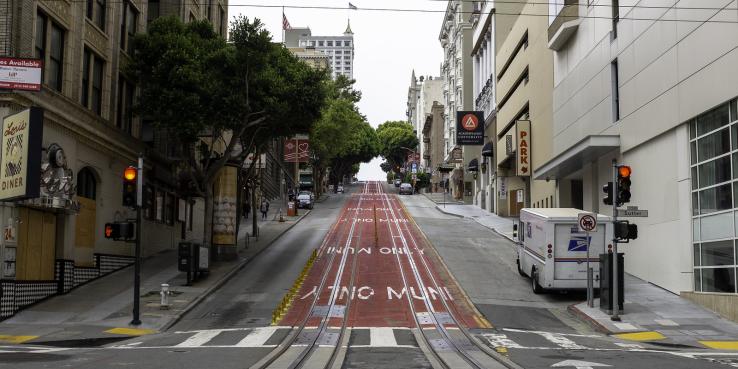 As recent as early 2020, San Francisco had been enjoying a thriving urban core spurred by major commercial development, an influx of new residential units, the lowest office vacancy rate in two decades and unprecedented investments in the public realm. One year later, however, and office vacancy now stands at a record high, the repercussions of which have echoed across businesses in the retail, service, restaurant and hospitality sectors. Once-thriving downtown neighborhoods like Union Square, SoMa, Yerba Buena and the Financial District are littered with empty towers, shuttered storefronts and desolate streets — just a few of the many tangible ramifications of the COVID-19 pandemic. What has this unprecedented year cost San Francisco’s economy and culture, and how can the city recover what has been lost? Join us for the second discussion in a three-part series as we examine the proactive steps necessary to facilitate the recovery of the downtown and what is at stake if we fail to act.

Find other Digital Discourses in the 'Downtown on a Precipice' series: