Assessing Contraflow on the Bay Bridge 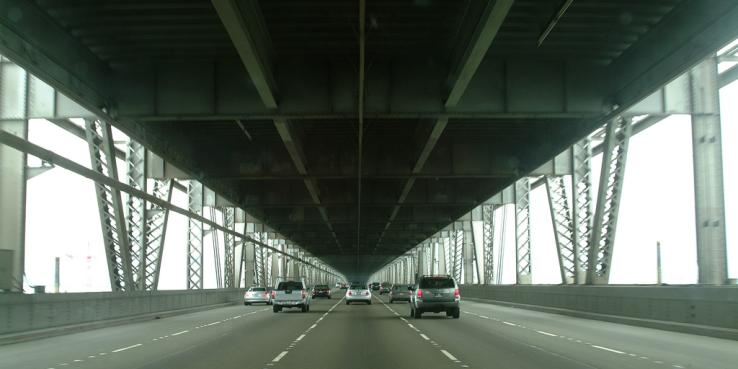 When the Transbay Transit Center opens in late 2017, more than 300 buses are planned to arrive or depart each hour, though that number depends on Bay Bridge traffic. A morning contraflow lane on the bridge may help facilitate that flow, but it could also make traffic worse. Learn why, and whether such a project could be successful.