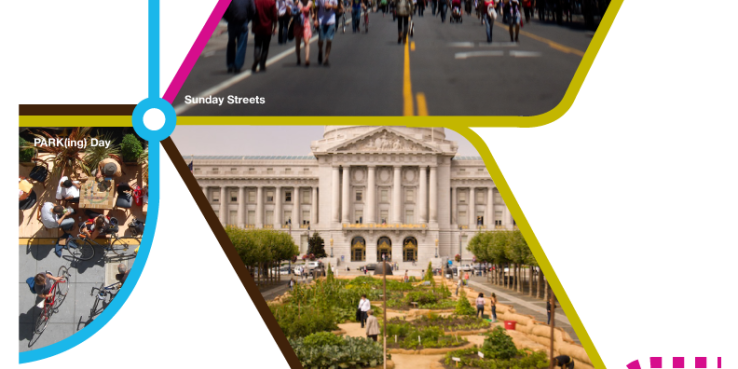 TICKETS ARE NOW ONLY AVAILABLE AT THE DOOR. SEE YOU TONIGHT!

Don't miss the opening of DIY Urbanism: Testing the grounds for social change, an exhibit on view at the SPUR Urban Center from September 7-October 29, 2010.


Join us for this mobile street food party organized by SF Carts Project, and featuring bites from the Pizza Hacker, creme brulee guy and Smitten Ice Cream. Drinks and music, too!

NEW MEMBER SPECIAL
Join SPUR at the door, and your ticket donation will be deducted from a one-year SPUR membership, which starts at $65. Look for signs at the party!

ABOUT THE EXHIBIT
Since the onset of the "great recession" in 2008, San Francisco, like many American cities, has struggled through a period of economic decline and drastically reduced public resources. Fortunately for San Francisco, a city with a long history of entrepreneurship and social activism, citizens have displayed great wherewithal and ingenuity in the face of budgetary stalemates"”resulting in an outpouring of innovative do-it-yourself projects ranging from activating stalled construction sites, to constructing temporary public plazas and parks at street intersections, to designing pop-up storefronts, to creating a national forest in the heart of the Tenderloin.

DIY Urbanism provides a snapshot of this burgeoning and distinctively local movement, and explores the meeting grounds between the bottom-up approach of DIY urbanists and the traditional top-down planning process.