This event has evolved and grown over the last three decades, but its purpose remains the same: to recognize and acknowledge exemplary job performance and leadership by San Francisco city employees. This year we are holding the awards ceremony in the spectacular rotunda in San Francisco City Hall, where SPUR will present a select number of outstanding city employees with the distinguished Public Managerial Excellence Award.

Thank you to our 2010 MFAC Awards Sponsors 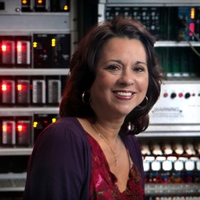 Toni Coe
Municipal Transportation Agency
Toni Coe manages over 100 employees who keep our streets safe for pedestrians, bicyclists and motorists. From replacing street signs to painting bus and bike lanes, the Sustainable Streets division of the SFMTA stays on budget due to Toni's work to find system efficiencies. She oversaw the update of several antiquated technological tools including replacing a database system in use since the 1970s. She also provided field surveyors with 33 replacement trucks that dramatically reduced repair and maintenance costs. Toni acquired laptops for her field staff and improved response time to 311 requests. Because of Toni's work, the Sustainable Streets division is working in real time to meet goals for safer streets. 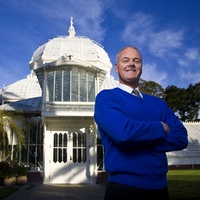 Robert Brent Dennis
Recreation and Park Department
Robert Brent Dennis is charged with the care of two premier facilities within Golden Gate Park: the Conservatory of Flowers and the San Francisco Botanical Garden, which includes the Strybing Arboretum. When he began his work with the City three years ago, neither facility had a balanced budget and both were depending on a reserve fund. After his first year, Robert had balanced the budget with a slight surplus. The management of both entities provides unique challenges, as both are City-owned institutions run by nonprofit organizations. Robert's ability to successfully manage a blended City/nonprofit workforce has strengthened the operations and fiscal viability of each of these City treasures. 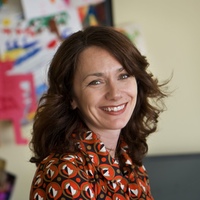 Allison Magee
Juvenile Probation Department
Allison Magee's budgeting and cost saving decisions impact one of San Francisco's most vulnerable populations: at-risk youth. Allison developed a keen eye for savings during her five years in the Mayor's budget office. She saved the Juvenile Probation Department more than $1 million over the past two years alone. These savings reversed the ten-year trend of no new hiring, resulting in the hiring of ten new probation officers and 15 new counselors. Working collaboratively with other City law enforcement entities, the Juvenile Probation Department has been awarded much needed grants, including the "Second Chance Act" grant for the establishment of a re-entry court for kids who are returning from out-of-home placement. 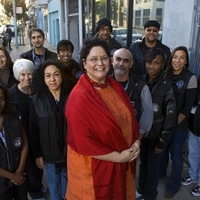 Maria X. Martinez
Department of Public Health
By putting the needs of mental health, elderly and homeless clients first and insisting on systemic change, Maria has been able to bring about a major transformation at DPH. Two initiatives are especially noteworthy: The Supplemental Security Income (SSI)/Medicaid Initiative that she initiated has saved the City millions of dollars by providing clients with advocates to help them navigate the SSI approval channels. The city has already seen a 5-to-1 hard dollar return on investment in the newly established program. Maria also oversees the Coordinated Case Management System, an integrated electronic charting, reporting and communication tool for teams working with clients across multiple systems of care—largely the homeless and elderly. 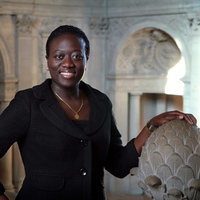 Nadia Sesay
Controller's Office
Her colleagues in the industry recognize Nadia Sesay as an expert in her field due to her leadership and financial acumen. Nadia manages the structuring and restructuring of long-term obligations and financings for the City of San Francisco. With impeccable timing, just before the financial collapse of 2009, Nadia was able to save the City $5 million by replacing and enhancing the City's counterparty on then existing securities. At a time when many municipal governments have suffered downgraded credit ratings, Nadia has ensured San Francisco's stellar Aa2/AA/AA- rating. In order to capture savings and avoid interest costs, Nadia has led the City to re-finance debt. An estimated $40 million of net present value savings has been achieved since 2006 due to these efforts.

Water System Improvement Program
San Francisco Public Utilities Commission
In 2002, voters approved a bond to fund the $4.6 billion Water System Improvement Program (WSIP). WSIP will repair, replace and seismically upgrade the system that delivers water from Hetch Hetchy Reservoir to 2.5 million residential, commercial and industrial customers in the Bay Area. It is introducing state of the art technology that, in many cases, will last the system for the next 50 years. WSIP includes more than 80 projects throughout Northern California. On time and on budget performance, plus recession-era savings in construction costs will save the City $200 million, while the project also provides 28,000 trade, engineering, project management, public affairs and support jobs—just when we need them. SPUR commends the incredible team that is working to facilitate one of the largest water projects in the nation, and certainly the largest infrastructure program ever undertaken by the City of San Francisco.