Creating Streets for People in the Tenderloin [In-Person Program] 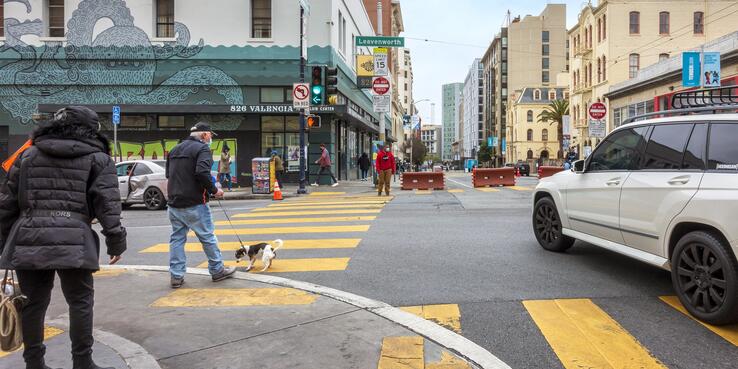 From parklets and quick-build projects to its recent Slow Streets initiative, San Francisco has been a leader in experimenting with remaking its streetscapes. However, these programs and their benefits are often unequally distributed. One such example is the Tenderloin, which had fewer public street amenities than most other neighborhoods before the pandemic and was one of the last to see these types of projects unfold since. And, despite being San Francisco’s most dense neighborhood, with the highest number of unhoused residents, it suffers from a prioritization of automobile expedience over safe neighborhood streets, resulting in the highest number of incidents of traffic violence in the city. However, the efforts of grassroots organizers, advocacy groups and social enterprises are creating new models of ground-up approaches to neighborhood safety, including community policing, block safety and resident corner captains. Join a panel discussion led by Alison Sant, the author of the new book From the Ground Up: Local Efforts to Create Resilient Cities, to examine the ways in which local leaders are shaping the Tenderloin and the initiatives that may provide solutions to our most difficult challenges.

This program will be in-person. Mask and proof of COVID-19 vaccination required for entry.

Pre-register for this program >>