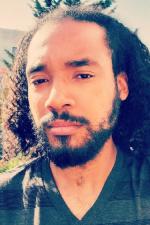 As the San Francisco Urban Planning Policy manager for SPUR, Stanford supports advancing the organization’s work in the Downtown recovery effort and housing and transportation policy in San Francisco. Stanford has a professional background as an urban sustainability planner with the nonprofit Global Green in Santa Monica, CA. In this role, he assisted communities with high environmental justice burdens to develop neighborhood sustainability plans with the intent of having each communities resilience goals formally adopted into the official city/regional planning documents. With Global Green, Stanford collaborated with the Southern California Association of Governments to plan, design, and install several tactical urbanism interventions, including temporary bike lanes, crosswalks, and urban plazas around Los Angeles & Orange counties.

Stanford has worked with the Little Tokyo neighborhood in Downtown LA on their Permanent Improvements Plan for Azusa Street, an urban alleyway that the comunity plans to re-imagine as a linear public space that will provide conections to the area’s local cultural landmarks. He also helped T.R.U.S.T. South LA, a community land trust in south Los Angeles, to develop sustainability strategies for their Sustainable & Stable Slauson Community Plan through a participatory site inventory process, committee-led meetings, and multiple community engagement events.

Stanford has a Master of Urban Design from the University of North Carolina at Charlotte, a Master of Landscape Architecture from North Carolina State University, and a Bachelor of Science in Landscape Design & Management from Florida A & M University. He also completed an international design studio with the Pontifical Catholic University of Rio de Janeiro in Brasil focusing on hyper-density, vertical urbanism, and sea-level rise in the Barra da Tijuca zone during the 2016 Summer Olympic Games.

A native of Venice, CA, Stanford is passionate about innovative land use and housing policy that can help prevent the displacement of Californians due to skyrocketing land values and speculative investment. His mission is to help cities in California grow holistically and intuitively with the needs of all humans, plants, animals, fungi, and each of the earth’s precious biomes.