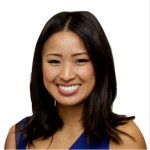 Director of US State and Local Government Affairs, Okta

Traci Lee is currently the Director of US State and Local Government Affairs at Okta.

Traci was previously a Senior Public Policy Manager at Lyft.  She developed Lyft’s legislative, regulatory, and political strategy at the state, provincial, and local levels in California, including the CPUC and San Francisco, Hawai'i, and British Columbia by advocating for Lyft’s interests with legislators and regulators. Traci represented Lyft in all interactions with electeds and government officials and staff, including providing testimony in legislative and regulatory hearings and helping to formulate and advocate for policies that support the growth of ride-sharing, including new mobility options (autonomous vehicles, bikes, and scooters) and worker classification.

A San Francisco native, Traci earned her J.D. from Santa Clara University and spent time in Singapore while studying at the National University of Singapore Faculty of Law. She also attended UC Berkeley, where she graduated with a B.A in English and a minor in Public Policy.