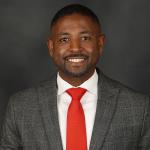 Roscoe Mapps is entering his sixth season with the San Francisco Giants. As Vice President of External Affairs he works in public affairs, government relations, and in efforts involving the Mission Rock project. Roscoe also serves as a co-chair of the Giants’ Diversity, Equity, and Inclusion Council and co-chair of “Black Excellence”, the organization’s Black Employee Resource Group. He joined the Giants after leading several campaigns including the effort to earn voter approval of the Mission Rock project, an exciting 28-acre mixed-use waterfront neighborhood located just south of Oracle Park and currently under construction. The project earned over 74% voter approval and brought together a unique coalition of supporters from across the City. His professional experience includes in-house recruiting, community organizing, and electoral politics on local, regional and national stages. From 2008 through 2012 he served as Regional Field Director and Deputy Campaign Manager for ONE, a global movement to end extreme poverty and preventable diseases. Prior to political campaigns Roscoe was an internal recruiter at a Fortune 500 company and studied political science at Texas A&M University. He serves on the Board of Managers at the Bayview Hunters-Point YMCA and on the Board of Directors at the San Francisco AIDS Foundation.