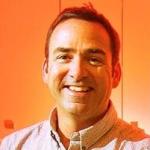 Lowney Architecture has won particular acclaim for its vertical grocery store and prefabricated multifamily housing designs. The firm has won numerous design awards from professional organizations, including the Golden Nugget Award and the American Institute of Architects. The San Francisco Business Times consistently ranks Lowney Architecture amongst the top firms in the greater Bay Area.

Ken’s approach to architecture is rooted in his belief that architecture is more than simply buildings; and, if thoughtfully and responsibly done it can positively contribute to society and advance a community. In his hometown of Oakland, Ken leads discussions about community and economic development while serving leadership roles in SPUR, the Oakland Metropolitan Chamber of Commerce and the Oakland Land Use Committee. On regional and national levels, Ken participates as a full member of the Urban Land Institute (ULI) Small Scale Development Council and the International Council of Shopping Centers (ICSC) Northern California Program Committee. He frequently speaks about design innovation and the future of cities. Ken graduated from Occidental College with a bachelor’s degree in philosophy, studied architecture at the Architectural Association in London, and earned a Master’s degree from the Southern California Institute of Architecture (SCI-Arc).