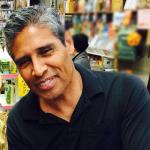 Mr. Garcia is the founder of Genesis Silicon Valley LLC, a local consulting firm that works with businesses, nonprofits, labor unions, and government agencies. Prior to starting GSVLLC, Josué was the Director for Silicon Valley MEPS, an organization that represents members in the community who believe development and all construction projects should ensure we have a livable wage to provide for our families, local hiring, housing we can afford, opportunities for our young people, and healthy neighborhoods. He worked for the Santa Clara & San Benito County Building & Construction Trades Council as the Chief Executive Officer. The organization represents 26 construction unions with about 30,000 members. He worked for the Northern California Fire Protection Compliance Group as the Director of Government Relations and Labor Compliance from October 2014 to January 2014. He served as the Chief of Staff for Councilmember Xavier Campos – City of San Jose, District 5 from July 2011 to September 2012. He served as the Deputy Executive Officer of the Santa Clara & San Benito Counties Building & Construction Trades Council for 10 years, an organization that represents 26 construction unions with more than 30 thousand union construction workers. He was the first Latino immigrant to hold all of these positions.