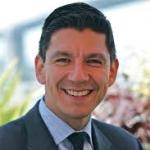 Joaquín Torres is the Director of the San Francisco Office of Economic and Workforce Development. Appointed by Mayor London Breed in 2018, Joaquín leverages resources across City departments to create opportunities for all and maximize equitable economic and social impact for the benefit of San Franciscan communities, residents, businesses and neighborhoods. In pursuit of these goals, OEWD provides citywide leadership and coordination for workforce development, business development, neighborhood economic development, film, small business and development planning.

Joaquín is also the President of the San Francisco Housing Authority Commission, leading the oversight body as the Authority and City implement a re-envisioning process to rehabilitate over 3,400 units of public housing with $750 million in improvements, leading to the transfer of ownership to affordable housing providers to best serve low-income communities.

Previously, Joaquín has served as Director the San Francisco Invest in Neighborhoods initiative, Director of the Mayor’s Office of Neighborhood Services, and Liaison to the San Francisco Latino and American Indian communities and to Supervisorial Districts Nine and Eleven. He is a current participant in the Government Alliance for Racial Equity program and serves as Chair of the Equity, Diversity and Inclusion Committee for the American Conservatory Theatre (A.C.T.). Joaquín is a graduate of Stanford University and New York University's Tisch School of the Arts. He lives in the Outer Mission with his wife, Ruibo Qian.