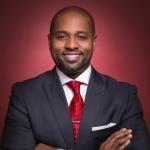 Dr. Byron D. Clift Breland currently serves as Chancellor of San Jose – Evergreen Community College District (SJECCD). He served as President of San Jose City College from spring of 2013 until being named Interim Chancellor in July 2018. He was appointed permanent Chancellor by the SJECCD Board of Trustees in November 2018. Dr. Clift Breland has held administrative positions at the University of Maryland at College Park and the University of Southern California where he successfully led community development, outreach, and student success initiatives. Throughout his educational career, he has served as an Assistant Dean, Director of Judicial Affairs, serving both the undergraduate and medical school campuses, at the University of California, Irvine, Associate Dean of Student Development at Santa Ana College and Dean of Student Affairs and Associate Vice President/Provost at Long Beach City College. Dr. Clift Breland holds a Bachelor of Science degree in consumer economics and a Master of Science degree in family studies from the University of Maryland, College Park. He also has a Master of Science degree in education and a Doctor of Philosophy degree in counseling psychology, both from the University of Southern California.