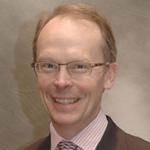 Robert Gamble is a Managing Director in PFM’s San Francisco office. His major focus at PFM has been the development and implementation of public-private partnerships (P3) and the creation of public financing strategies in support of those partnerships. In this area, he has supported the development of Yerba Buena Gardens, Rincon Point South Beach, and AT & T ballpark in San Francisco. In addition to general policy and financial work, he also focuses on the financing of affordable housing and financing of non-profit facilities.